Ivica Dacic says the government remains committed to implemeting the Regional Housing Program for the most vulnerable refugee families with other partners. 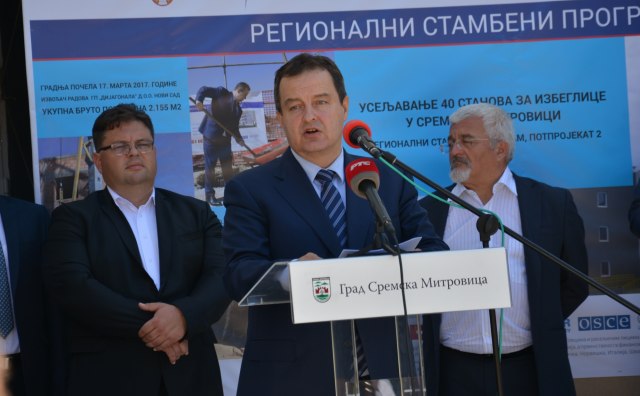 The foreign minister and first deputy PM explained at the handover of the keys to 40 apartments for refugees in Sremska Mitrovica that this was the first completed apartment in the subproject 2 of the Regional Housing Program, the Serbian government said on its website.

The construction of 40 apartments in this city was financed partly by the Fund of the Regional Housing Program, in the amount of €680 thousand, and in large part also by the generous contribution of the city of Sremska Mitrovica.

He reminded that construction of 200 apartments in nine cities is currently under construction in subproject 2.