The Innovation Center of the School of Electrical Engineering in Belgrade (ICEF) is an excellent example of knowledge that exists in Serbia. 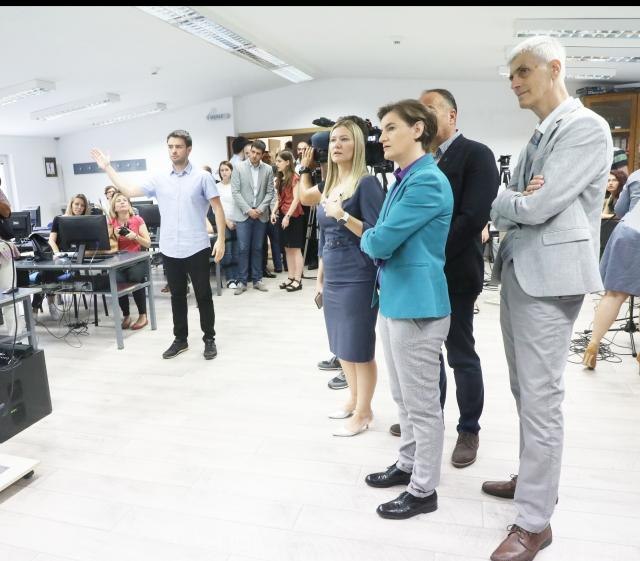 This is according to Prime Minister Ana Brnabic, who toured the center on Thursday, and added that it is necessary to achieve greater connectivity between science and economy.

Brnabic, together with Minister of Education, Science and Technological Development Mladen Sarcevic visited this center, where projects for the therapy of children with autism, for rehabilitation of patients from stroke and projects that will improve the safety of drivers in traffic were presented to them.

Brnabic pointed out that this center shows in practice the connection between science and economy, as it cooperates with numerous companies, such as Siemens and Mercedes, for which it is developing numerous solutions.

The Prime Minister noted that the government will see how it could support such centers and projects, and announced the visit to such centers across Serbia to determine how much money they need for promotion of science.
Sarcevic said that the Innovation Center in one place represents quality education, science and technological development.

He particularly expressed gratitude for the project that will help in the treatment of children with autism, pointing out that scientists can always address the Ministry for similar projects.

One of the projects implemented at the Innovation Centre is a wireless sensory system that analyses people's movements and automatically detects disturbances and falls. This system enables the analysis of the effects of rehabilitation of patients after stroke, monitoring progression of Parkinson's disease, and more.

A module for identifying vital signs and the presence of people that can be applied in the automotive industry and transport is presented to the guests.

The Innovation Center of the Faculty of Electrical Engineering was founded in 2006 as a faculty company with the aim of developing innovations in the fields of electrical engineering and computing, as well as linking science and economy.