Serbian Foreign Minister Ivica Dacic says that the essence of the meetings within the Berlin Process is that the topic of EU enlargement is still current. 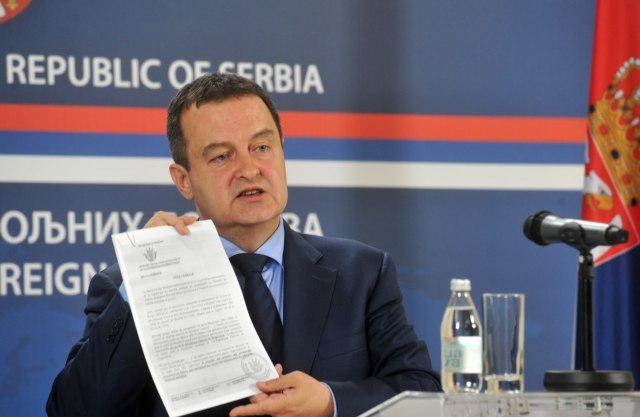 The London conference within the framework of the Berlin Process is being held this Monday and tomorrow. Dacic is already in London, where he visited the grave of Karl Marx.

Dacic told Serbia's public broadcaster RTS that he and Interior Minister Nebojsa Stefanovic are having meetings with ministers of internal and foreign affairs. After that, the central summit of the prime minister will take place with heads of state and governments of some EU countries.

"This time the United Kingdom strives for this not only apply to the economy or to what is often referred to as 'connectivity', but rather to the fact that there are also some political issues such as reconciliation in the region, missing persons," said Dacic.

He added that the central topic in all summits is that the initiative has been launched, and that "someone remembered to show that EU's enlargement to the Western Balkans continues to be on the agenda." Dacic pointed out that "great gratitude" is owed to German Chancellor Angela Merkel for this.

He pointed out that there are still different views and that idea are being presented that it is necessary to stop further admission of new members to the EU.

For that reason, Dacic said, it is of great importance for the Western Balkans, and in this case specifically for Serbia and Montenegro, that the year 2025 was defined as a framework date for possible accession.

"The essence of these summits is, in addition to certain concrete projects that contribute to the development of our political and economic relations in the region, to show that this topic is still current," Dacic said.

The minister of foreign affairs of Serbia stated that it was announced the next summit will be in Poland and that the Berlin process will continue.

After a ministerial meeting on Monday, the London conference will conclude on Tuesday with a meeting of prime ministers of all Balkan states.