Ambassadors are not meddling in Serbian affairs - president

Serbian President Aleksandar Vucic reiterated on Thursday that "Serbia leads an independent policy, and citizens are the ones who decide." 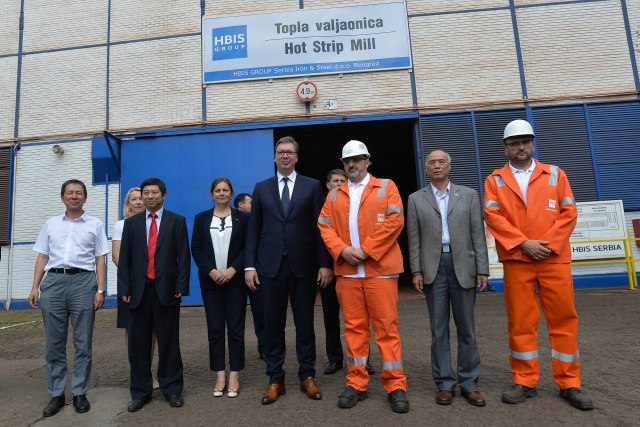 Vucic added that in terms of Kosovo, "we need to have a realistic, rational and responsible approach, look to the future, and succeeding in making the most of what we can do."

Speaking in Smederevo, after visiting the Zelezara steel mill, he said he was "grateful to the Serb people in Kosovo for preserving their homes through time and their Serb names and last names."

When asked by journalists whether Serbia is capable of standing up to those foreign powers representing the interests of Pristina, Vucic replied:

"It is not just a matter of standing up to some foreign powers. Serbia is leading its independent policy and I am proud of that, no ambassador is calling me to tell me what to do, which was not the case for several years back. Citizens decide...," said Vucic.

But, he pointed out, "it is not just a matter of foreign powers."

"We need to have a realistic, rational and responsible approach, not to care only about the day-to-day political interests. Will the Serbs understand us? They will not...," assessed the president of Serbia.