"Deadlines and pressure will not speed up Kosovo talks"

Ivica Dacic says the demands to include "new players" in the Kosovo dialogue now - only to strengthen Pristina's position - are completely unreasonable. 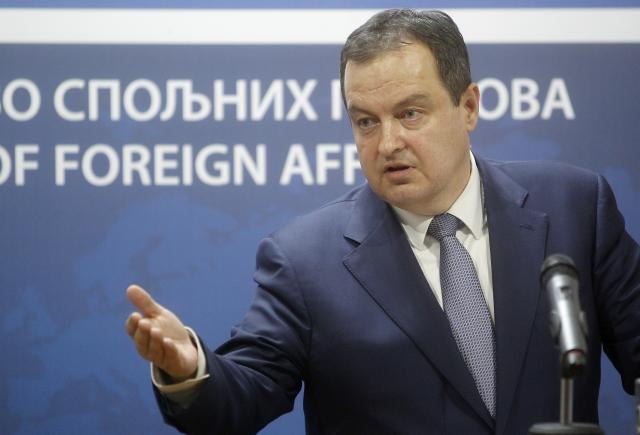 The foreign minister of Serbia at the same time stressed that pressure will not accelerate reaching a compromise.

"The United States is already very much well informed and indirectly involved in the whole process," Dacic told the daily Vecernje Novosti, commenting on the call of Kosovo Prime Minister Ramush Haradinaj to engage the United States in the dialogue.

Dacic pointed out that any deadlines or pressure will not accelerate or lead to a necessary compromise, unless Pristina is pressed to implement the already reached agreements, primarily regarding the Community of Serb Municipalities.

He stressed that, even during his recent visit to Moscow and meeting with counterpart Sergei Lavrov, he was assured that Russia remains firmly on our position regarding the preservation of Serbia's territorial integrity and sovereignty.

"It also means their readiness to get involved in dialogue, if necessary," concluded the minister.