"Problems will be solved in peace, I'll address nation"

Serbian President Aleksandar Vucic said the solution between Serbia and Kosovo must be rational, and that all problems should be resolved in peace. 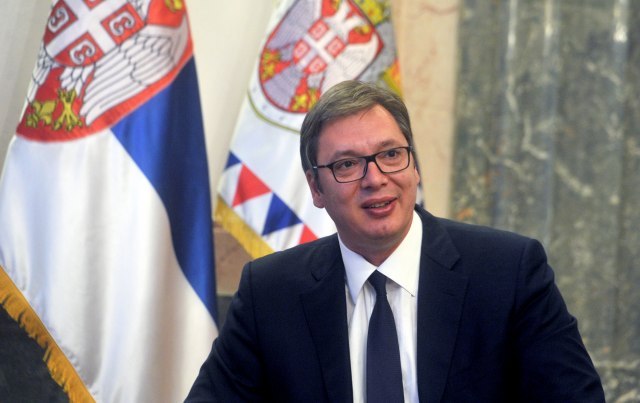 He said that several things had been achieved on Sunday, and that they are very important for Serbs in Kosovo and Metohija.

"It was agreed that all the problems we have must be resolved in peace, respecting each other. This is very important for Serbs in Kosovo and Metohija, for all citizens of Serbia. We talked about focusing on dialogue, to show that we can talk and to work on solving open issues. I am not an optimist, but we have opened many questions," Vucic told RTS.

"Our interest is to preserve national interests, but also our people, so that what happened to it in the 1990s does not happen (again), and that's why we are trying to find a compromise solution," he said.

He added that a rational solution must be found, which will show respect for the other side.

Vucic announced that he would address the nation in the coming period, when he sees whether there was a chance to make a compromise solution.

"I will not sign anything, instead we will go before the people. No one should be afraid of autocracy and decision-making without the support of the people," he stressed.

Vucic also said that he could not say now when he would go before the public, and that it happen "when he has a picture in his head of what is possible, and whether there is any compromise at all."

Serbian President Aleksandar Vucic said in Brussels, on June 24 that several things that are important to Serbs in Kosovo and Metohija had been arranged, including the peaceful resolution of all problems, with mutual respect and the guaranteed security and safety of citizens.

Vucic said that it had also been agreed to step up the dialog.

He stressed that "all of the world's great powers" needed to be involved in any compromise if the Serb and Albanian peoples agree with that compromise, because no one could make that happen without painful and good things for both peoples.