Deputy Prime Minister and Interior Minister Nebojsa Stefanovic on Tuesday in Brussels attended a meeting on the migration situation in the Western Balkans. 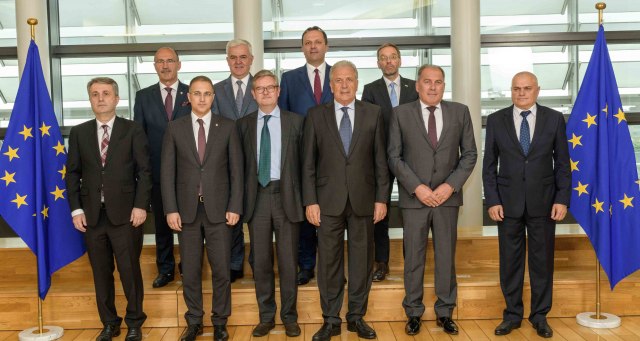 According to the government, he said that Serbia cannot be left alone in resolving the migrant crisis, and that no country can solve this problem on its own.

It is important for Serbia that Europe understand our problems and the fact that we cannot be left to solve this crisis alone. Serbia is not a country that can solve this problem on its own, just as no other country can do it, he pointed out.

The Deputy Prime Minister added that it is important to boost the capacity of our police and the resources for the protection of the state border, as well as cooperation with other countries through joint patrols and data exchange.

These are all priorities for the next period, as well as enhancing regional cooperation.

Stefanovic expressed his gratitude to the European Commission and FRONTEX who were partners of Serbia in solving the problem of irregular migration.

We continue to look for solutions because we are not completely satisfied with the situation today. It is important for Serbia that its citizens feel safe and the Ministry of the Interior will make every effort to ensure that people in our country feel complete peace and security, and that the question of irregular migration is resolved in partnership with all countries of Europe, he said.