Prime Minister Ana Brnabic organized a meeting on Monday with representatives of media and journalistic associations. 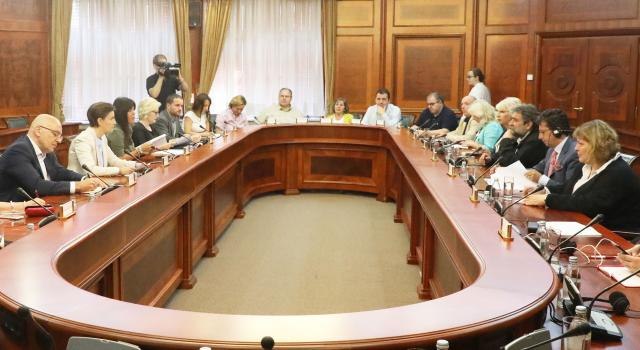 The Working Group for Media Strategy was formed during the meeting, to be led by Dejan Stojanovic from the Ministry of Culture and the Media, the government has announced.

The media strategy will be developed with the support of the OSCE and the Delegation of the European Union to Serbia, whose representatives attended the meeting.

It was agreed that the OSCE will continue to support the experts chosen by the media and journalists associations in the coming period, which will assist the development of the strategy as an expert team.

At the meeting, it was agreed that the government of Serbia should form a coordinating body for cooperation with the media, while media and journalistic associations will form a dialogue team.

These two bodies will work together to solve the problem of journalists and media together.

The Dialogue Team will be representatives of media and journalistic associations.

Minister of Culture and the Media Vladan Vukosavljevic attended today's meeting with representatives of this ministry with media advisers of Suzana Vasiljevic and Jelena Kovacevic.