President: Missing journalist has been found

Journalist Stefan Cvetkovic, who was reported missing on Thursday, has been found and is well, President Aleksandar Vucic told a news conference on Friday. 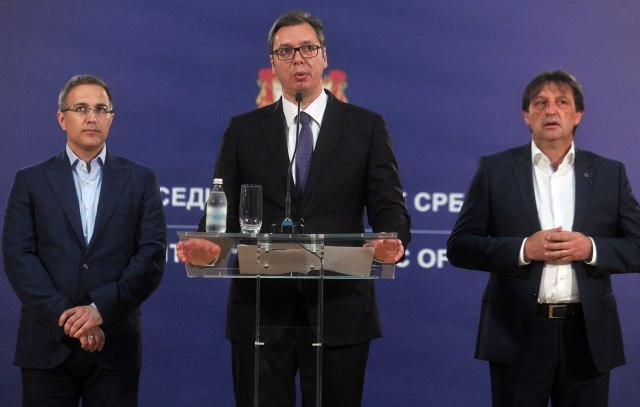 Vucic said he was proud of Serbia's security forces engaged in the search, but also added that Cvetkovic now has "a lot to explain" - and that there would be "plenty of time (for the public) to hear what happened."

Vucic described Cvetkovic as "alive, well, could not be healthier" - and said he was being interviewed on Friday afternoon by the Criminal Investigations Police (UKP).

"We immediately suspected the version (of the disappearance) that appeared in many media outlets. We were suspicious of it because there were no signs of struggle. We also saw that the wristwatch left behind was plastic, much cheaper than the one Cvetkovic was wearing a couple of days earlier. No signs of struggle, no traces of (car) brakes. Search dogs sensed no blood, Gendarmes and divers found nothing," the president said.

He added that Cvetkovic was found on Friday morning in the wider area of Bela Crkva - a town in northern Serbia where he was reported missing.

"He's in a very good condition. He has presented some claims of his own. Whether those are true or not, our security organs doubt it, but we will consider what he has said as if it were the truth," Vucic said.

Vucic also stressed that several dozen persons had been interviewed, while footage from several security cameras had been reviewed - "and none of these videos leaked to the media."

"We worked day and night, read emails, phone calls, we deciphered 18 phone calls with Pristina, and who knows how many with some other territories... we tied it all in, dispatched that many people to search (for Cvetkovic) - because we assumed nothing had happened to him. As for the other stuff he's been saying... about that later," he said.

"This is a state whose security organs know how to do their job and that's what bothers many people. Serbia is a democratic country, with strong democratic institutions and security forces," Vucic said.

The president also said that "this is not the end of all the lies and fabrications that area appearing and being placed, or to pressure on our country both from within and the outside."