Pristina's refusal to continue the dialogue with Belgrade in Brussels is "dangerous and irresponsible," says Marko Djuric. 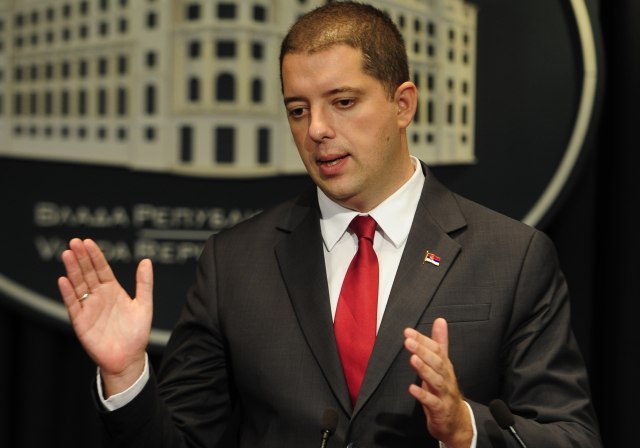 "The chief negotiator from Pristina (Avni Arifi) is uttering incredible words than nobody's reacting to - and many would have to," the head of the Serbian Government's Office for Kosovo and Metohija told Tanjug.

"He (Arifi) is saying openly and publicly that Pristina has no intention to implement the obligations it has undertaken, and in that way proves that authorities in Pristina think they are allowed to do absolutely anything," Djuric said.

He recalled that Serbian President Aleksandar Vucic "said several months ago - just as Arifi and his bosses were swearing they would implement the agreement on the Community of Serb Municipalities (ZSO) - that they had no intention of doing so."

"It didn't take very long to see how insincere Pristina's intentions were, and how false their claims. Pristina's rejection of the dialogue is dangerous and irresponsible, just as their negation of the commitments they undertook, and the deceiving of the public about what those contain," Djuric stressed.

The thesis that Serbia "should be happy if Pristina accepts its recognition" that is being served to the public in the province for days now, contradicts the very idea of dialogue, could not be further removed from the reality, and represents a sure path to a dead-end street, Djuric concluded.

On Tuesday, Arifi told Radio Free Europe that Pristina had refused to participate in a meeting in Brussels dedicated to the ZSO, that should have taken place by the end of this week. He also said that the Kosovo government in May "asked Brussels (EU) to continue the technical-level dialogue with Serbia as soon as possible."