"Fight to keep current format of UN Kosovo sesions ahead"

Foreign Minister Ivica Dacic says a fight is ahead of Serbia in August to maintain the current format of UN Security Council sessions on Kosovo. 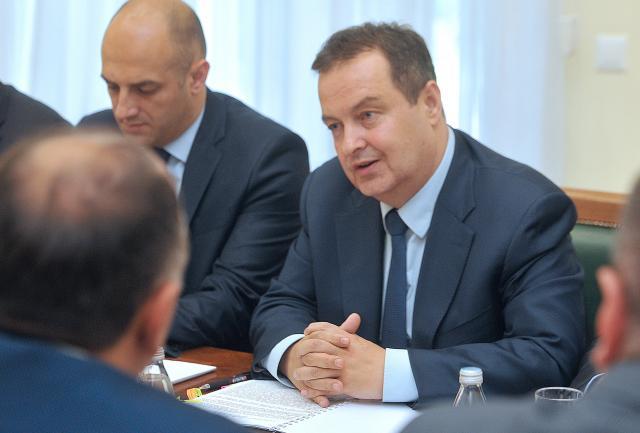 Speaking at the National Assembly's Foreign Affairs Committee, Dacic said that in the past six months his minsitry worked to preserve the territorial integrity and sovereignty of Serbia, EU integrations, and enhance cooperation with regional countries.

According to him, Kosovo's intention is to end the mandate of UNMIK (UN mission) in that territory, and to hold fewer, or abolish UN Security Council sessions on Kosovo.

"That is unacceptable to us. We will see how further discussion on this will develop. In May, there was no problem, however in August, the presiding country is the UK and it is very likely they will raise these issues. A fight around this lies ahead," the minister said.

He added that the latest developments in Kosovo and Metohija show that the UNMIK mission should remain in the undiminished format and that Kosovo should continue to be discussed regularly at the sessions of the UN Security Council.