An agreement on cooperation was signed in Belgrade on Thursday, aimed at improving Serbia's ties with Caribbean countries, the government announced. 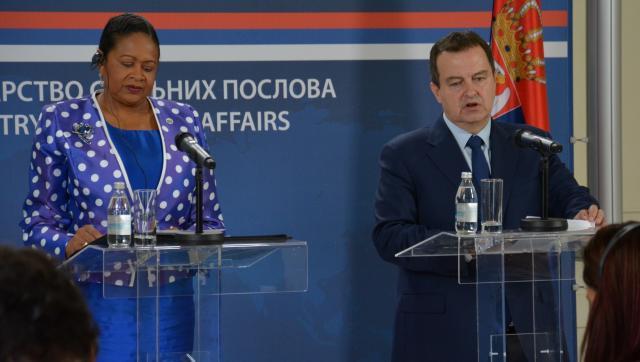 The document was signed by Serbia's First Deputy Prime Minister and Minister of Foreign Affairs Ivica Dacic and Secretary-General of the Association of Caribbean States June Soomer.

Dacic said afterwards it was "an important step and the basis for improving cooperation with the countries from this region."

At a joint press conference after signing the agreement, Dacic said that Soomer's visit was very important, historical and vital, bearing in mind friendly relations and support on the international field.

That is why we signed a framework agreement in order to create a legal basis for cooperation, Dacic said, recalling that it is an association that has existed for 25 years and that it gathers 25 countries.

Soomer said that apart from the 25 member countries of the Association, there are also 10 associated members and stated that this group of countries is diverse and that there are smaller but also large states like Mexico.

In this group there is also Serbia to which we can offer a global presence. We are very satisfied with the membership of Serbia and with today's signing of the agreement. I think there is room for improving cooperation, Soomer said.