Aleksandar Vucic says he fears that Albanians have decided "not only to bring unrest and fear among Serbs, but also take some other measures." 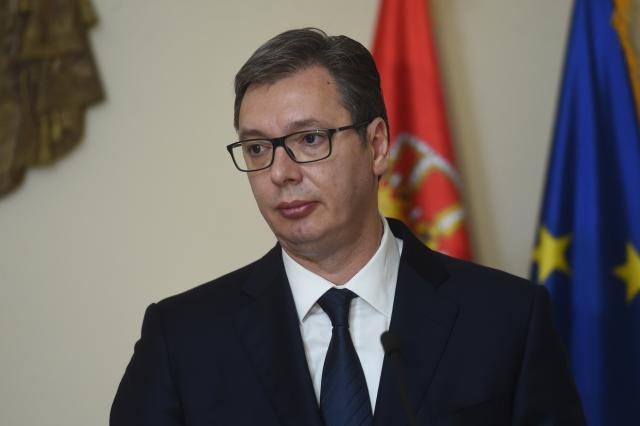 The Serbian president said this for RTS, apparently referring to a spate of recent incidents targeting Serbs in Kosovo.

"I am afraid that they have decided to, with someone's tacit support, not only bring unrest and fear among Serbs, especially Serb returnees south of the Ibar, but that what they did with Marko Djuric and the failure to conduct an investigation into the murder of Oliver Ivanovic will bring additional fear to the north of Kosovo," said Vucic.

He added that he "feared that at some point they would take some other measures" and asked "people in the international community" to "keep this in mind."

The Serbian president added that he "knows how everything was functioning until 2003 in Kosovo and Metohija."

"At that time, we had a harmonized story, standards before status, and those did not exist then as they don't exist today. The click and trigger for giving some kind of independence to Kosovo's autonomy were the riots in 2004 when Albanians took matters into their own hands and always with the direct support of some Western countries," he said.

Asked how the international community is reacting to the events in Kosovo and Metohija, Vucic said they are "talking the whole time about an agreement that does not exist."

"What the international community will say, they sit and look at me and lower their heads. They are talking all the time about an agreement that does not exist, they don't know what to do with themselves," he said.

Vucic added that statements of representatives from Kosovo are "frightening" because they are "saying it to all of Europe's face and to the world that they are not interested in the ZSO (Community of Serb Municipalities)."

"They are not interested in the Brussels agreement," added Vucic.

Organizing a referendum is "one possible way" for citizens to express themselves on the issue of Kosovo, the president also said.

"Nobody will hide anything from people, when we have something we can take before them, we will, and one of the ways is a referendum. If you want to change the Constitution, you will have to go to a referendum," Vucic told RTS.