"Preventing violence against Serbs in Kosovo and Metohija" 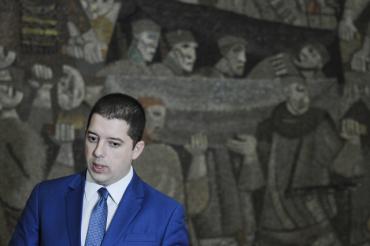 The Serbs in question "wanted to mark the Christian holiday of the Holy Trinity in Petric near Klina today, and were prevented by a group of Albanians, who did not allow them to enter the church," the Serbian government said.

Djuric "asked the provisional institutions of self-government in Pristina and international institutions in Kosovo-Metohija to ensure respect for the right to freedom of movement and confession of faith to Serbian pilgrims."

He said that the expelled Serbs from Metohija have been systematically prevented from marking Christian holidays in their villages for years, and those who actually exercise authority on the ground do not take any measures to sanction and suppress this type of extremist behavior.

"Today's anti-civilization protest in Klina shows that for the extremists it is not enough that the Serbs have been expelled from Metohija, but that they want to completely wipe away any recollection of Serb existence in that part of our southern province," Djuric underlined.