Three Serbs were injured on Monday in the village of Petric, as a consequence of an attack staged by "the Albanian population." 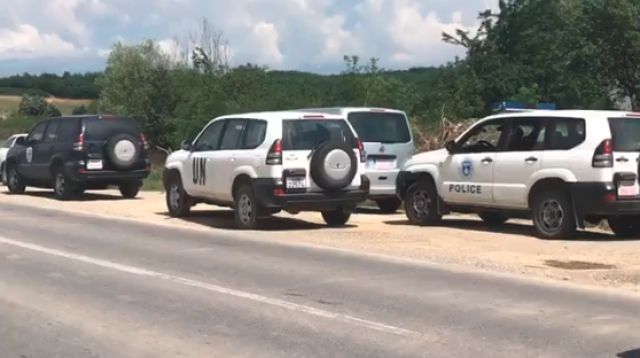 Radio Gorazdevac and website KoSSev reported this on Monday afternoon.

The reports said that "a group of Albanians, previously dispersed by the Kosovo police, came back and surrendered the displaced Serbs, who managed to reach the Church of the Holy Trinity - although Albanians had been blocking their way since the morning."

After a Serbian Orthodox ceremony had been held at the site of the church - destroyed in 1999 - those who gathered in its yard and inside the remains of the shrine came under attack.

Radio Gorazdevac also reported that one Serb has been arrested - "on charges of war crimes committed in 1999."

President of the Interim Organ of the Klina Municipality, Bozidar Sarkovic, confirmed later on Monday that the man, 53-year-old S.B., had been detained, and then released.

Sarkovic told Tanjug that the Serb was arrested after "several persons from the group of Albanians" reported him for "provocation."

"The Albanians gathered and surrendered the Serbs, throwing (stones) at them and shouting insulting slogans," Radio Gorazdevac editor Darko Dimitrijevic said on Monday.

Earlier in the day, the northern Kosovo-based website KoSSev said that the road leading to the church had been blocked by Albanians since Monday morning, with the goal of preventing Serbs driven out of the village from visiting the site on the patron saint day of the church.

About 50 ethnic Albanians had been using vehicles to block access to the Church of the Holy Trinity in the village of Petric, Radio Gorazdevac, based in the eponymous Serb enclave in Metohija, reported earlier.

A large number of members of the Kosovo police was present at the scene, reports said earlier on Monday.

A group of displaced Serbs from the village of Petric, near the town of Klina, decided to visit the cemetery where their loved ones lie buried and the remains of the local church, which was destroyed shortly after Italian KFOR troops were deployed in the area in June 1999.

The church was built in 1992, an endowment of the Karic family.