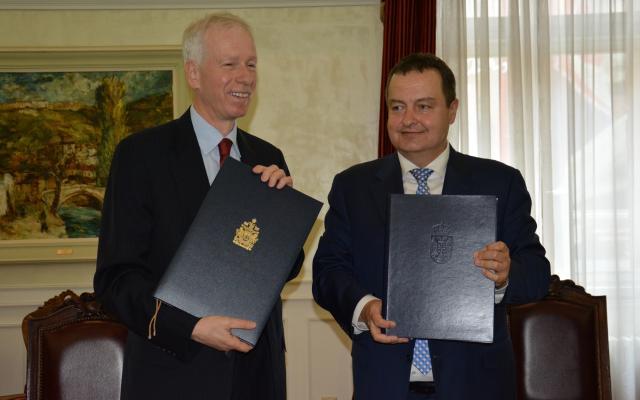 The agreement is described as "a very important step in further linking the two countries and their citizens."

The document was inked in Belgrade by Serbia's First Deputy Prime Minister and Minister of Foreign Affairs Ivica Dacic and Canadia's Specual Envoy to the European Union and Europe and former Foreign Minister Stephane Dion.

Both sides "expressed satisfaction over the improvement of bilateral relations in recent years, primarily through revitalized political dialogue at a high level and the development of economic cooperation through the significant presence of Canadian investments in the Serbian economy," the Serbian government said.