Forest protection and afforestation are among the most important issues for the development of rural areas in Serbia country. 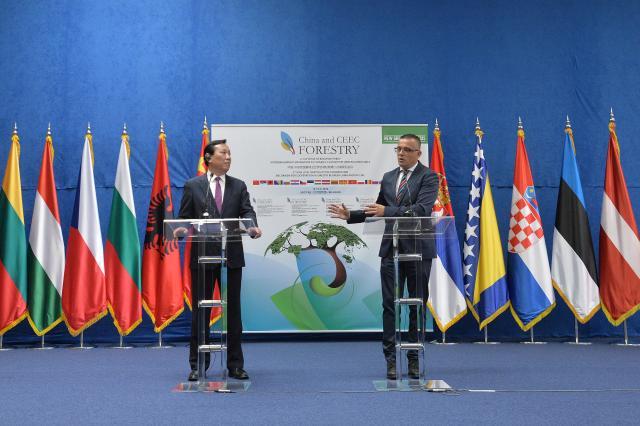 Minister of Agriculture, Forestry and Water Management Branislav Nedimovic said this on Monday in Belgrade, according to the Serbian government.

Opening a meeting of the Coordination Mechanism for Cooperation in Forestry of China and Central and Eastern European Countries (CEEC), Nedimovic pointed out that China proposed to these countries to jointly combat the effects of climate change.

The minister said that the issue of climate change was chosen as one of the topics of the meeting in Belgrade, where the joint statement will confirm the importance of forests and forestry in the fight against climate change.
He said that cooperation in the field of forestry was recognized as one of the priority areas in the process of cooperation between China and the countries of Central and Eastern Europe.

Efficient exchange of experiences and knowledge between our countries will enable us to respond more responsibly to the challenges we have set, Nedimovic said, adding that the results of cooperation in the past three years in the field of forestry are already visible.

Minister of Mining and Energy and National Coordinator for Cooperation within the initiative "16 +1" Aleksandar Antic pointed out that the forestry field deserves our general attention, and said that the forests as a general treasure should take the right place in society and reduce people in the light of climate change.

Antic said that it is always necessary to improve the forests in order to leave a healthy and quality environment to future generations.

Deputy Director of the National Forest Administration of China Liu Dungsheng said that it is necessary to deepen cooperation in the field of forestry between 16 countries of Central and Eastern Europe and China and to initiate bilateral cooperation between scientific institutions and enterprises of these countries.

Minister of Environmental Protection Goran Trivan said that forestry is a possible solution to all solutions when it comes to preventing the effects of climate change, and urged participants to set up a joint afforestation plan for all countries.

At the end of the meeting, ministers and members of the Chinese delegation put into operation a joint project - Climate Change and Forestry Portal, which contains all information on past and future joint projects of the 16+ 1 countries.