Western countries have been trying for a while now to change the format of discussions about Kosovo at the UN Security Council, says President Aleksandar Vucic. 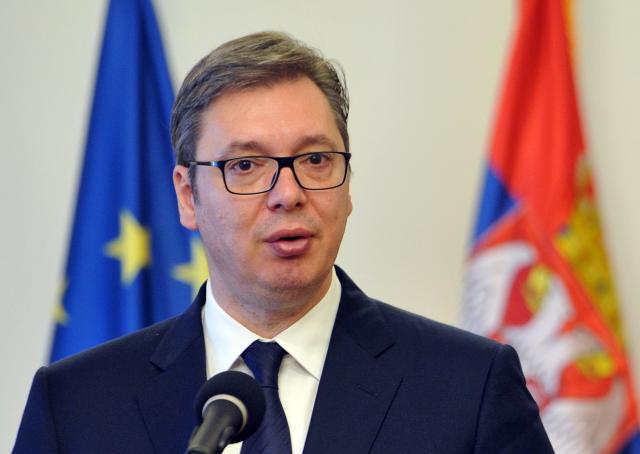 Media reported earlier that London could move to either abolish UN Security Council sessions on Kosovo or close them, while the country's alleged goal is to "move" the subject of Kosovo into the section of "procedural issues" because in that format Russia and China would not be able to use their right to veto.

According to Vucic, who spoke on Friday, this "did not start yesterday."

"Great Britain, America, France and all those who recognized Kosovo have been trying to do this for a long time. They say there are no problems in Kosovo, that there's no need for six-month reports, that we should go instead for plenary sessions... they've been doing it for a long time and from their point of view they've finished their job around Kosovo," Vucic said.

He added that "it is not easy, but we will continue to fight."

"The period ahead of us will be decisive and difficult for our country, our fellow citizens, our people. I expect significant pressure, but we want to try to reach a compromise solution. It remains to wait and see what they intend to offer to Serbia, then we'll make our decisions," Vucic said.

In addition, he stressed that Russia has twice helped Serbia by using its veto at the Council, and that he expects Russia's "open support" in the future.

Vucic emphasized that the issue will be discussed "with the Chinese friends, too."

"We've arrived at a situation where whatever you do - you'll regret it, and whatever you do - isn't good. There are people sitting in every cafe in Belgrade saying that Mourinho and Guardiola know nothing about football... what will they say about us," Vucic wondered.