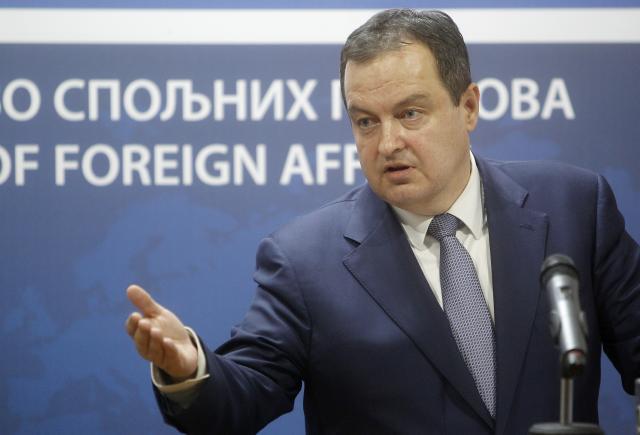 The foreign minister also told RTS that there was no need for the two countries to withdraw ambassadors for consultations - after Serbia responded to Croatia barring its defense minister with a reciprocal measure.

Dacic added that he does not believe Croatia will be able to block chapters in Serbia's EU accession negotiations, "because no (EU) country has understanding for such relations" - and thus Croatia "won't have the support for such a move."

Commenting on EU's plan to start charging fees and requiring travelers from the Western Balkans to register before entering the Schengen area, Dacic said this was "a very bad decision," and that he would "introduce reciprocal measures to everyone."

"Everybody likes to collect money. That's how we should behave, too. I know President Vucic will not agree to it, but I would slap reciprocity on them all - both when it comes to visas, taxes, and to humiliating our state. Once they feel like that, they will certainly think differently," Dacic said.