Bloomberg is reporting that Serbian President Aleksandar Vucic said "a deal with Kosovo" is not imminent "as both sides remain far apart." 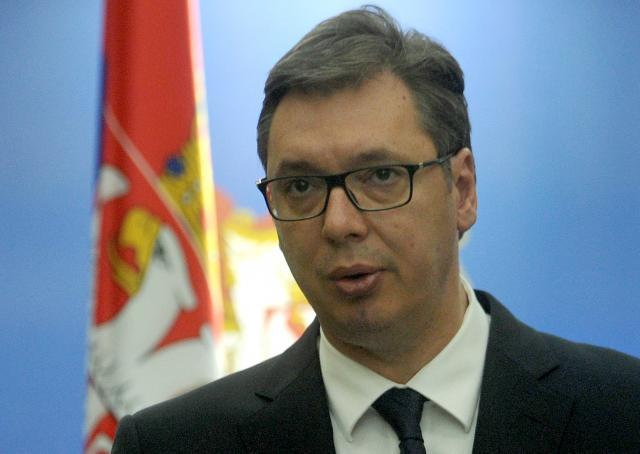 This is "forcing Vucic to delay his goal to unveil the proposal within weeks," the agency said, and described this "deal" as "the biggest hurdle to Serbia country joining the European Union."

"Vucic said more time was needed to get world powers - including the EU and the US - to pressure Kosovo into agreeing to concessions, so he can present the deal to his Balkan nation of 7 million people without feeling “humiliated'," continued Bloomberg.

“It’s better to wait. No more deadlines. But I thought we were closer to a solution than we are," Vucic is quoted as saying on Wednesday in Belgrade, and adding that "most citizens would prefer a frozen conflict to a resolution."

“If you have a frozen conflict, someone will defreeze it. And that will be the end of normal life for the entire region. We need to realize when you make terrible political mistakes that you need to pay the price. But at the same time, all the others need to learn that you can’t humiliate one nation," Vucic said.

Any resolution will require backing from a referendum because it would change the constitution, which still calls Kosovo an integral part of Serbia, according to Vucic, Bloomberg writes.

“If we see that this is by far the best solution for the Serbia’s future, and if Serbia isn’t humiliated, and if Serbs get all the guarantees for their better life, I will fight for that, no doubt about it," he said.