Serbia wants to become next member of EU - Vucic

Serbian President Aleksandar Vucic said in Bucharest on Tuesday that Serbia wanted to become the next member of the EU. 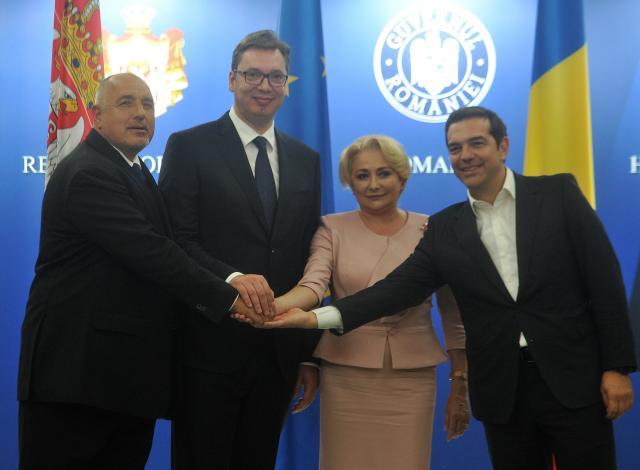 "We want even stronger support from Bucharest, Athens and Sofia on the road to Europe. We would like to become the next country to join the EU, without your support we cannot do that," Vucic said at a news conference after meeting with the prime ministers of Greece, Bulgaria and Romania, Alexis Tsipras, Boyko Borisov and Viorica Dancila.

He went on to say that on April 24 concrete results were achieved and that a joint working group would be formed which the ministers of transportation and telecommunications of the four countries would participate in.

Vucic said that the topic of the discussion was building roads and other ways of funding and taking action.