Serbian President Aleksandar Vucic says his country could build museums dedicated to Holocaust victims - "since Croatia will not." 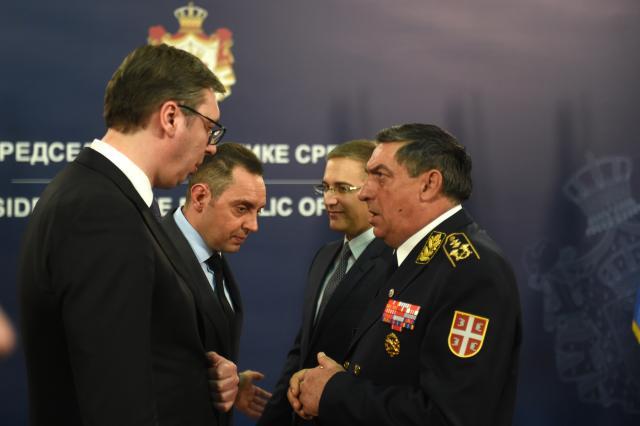 Speaking about Croatia's decision to prohibit Serbian Defense Minister Aleksandar Vulin from entry, Vucic said that Vulin was banned "because of the statements he made."

"I wish, and I would like it if this is not the case - someone in the European Union is introducing verbal delict and deciding arbitrarily whether they like someone's opinion," said Vucic.

The president then recalled his own statement about "not addressing regional issues from the past for 100 days," and stressed that he will "not say a single bad word."

"Was (Croatia's) reaction hasty - it was, and I don't understand it. Serbia will probably react with reciprocal measures, and I assume that the Serbian government will decide on that at its next session on Thursday," he said.

When asked "what exactly this refers to," Vucic said that he "does not know" and that it was "a question for the government of Serbia."

"In Croatia, it seems as if Serbs are prohibited from talking about the killing grounds (where they suffered), about the gravest and most violent crimes, with the highest number of casualties. If so, if Serbs cannot visit these killing grounds, then we will consider some other options - first of all, doing the job that we haven't been able to do since World War II, which is to make a list of all the victims of the Ustasha camps, and then to build here Holocaust museums and museums that would speak about the suffering of Serbs," Vucic said, referring to the Ustasha regime of the Nazi-allied, WW2-era Independent State of Croatia (NDH).

Vucic added that Serbia was "not running away from the story about the suffering of other peoples in the region," and stressed that he was "proud of that."

Asked whether he expected a reaction from the EU after the displaying of Ustasha symbols in Jasenovac, the location of a WW2 death camp, Vucic replied that he "does not."

"There is no country in the world where it's possible to display images of Adolf Hitler without any consequences," Vucic said. "In this case, this (condemnation) will not happen. They are a member of the European Union, we are a small country, but a freedom-loving and defiant one. And these Ustasha symbols had meaning only because they were directed against Serbs, they are not an internal message. Let me remind you, Jasenovac was the biggest killing ground in area of the former Yugoslavia, a place that even the worst of German Nazis were ashamed of. Unfortunately, some people today are not ashamed."