"It's not true that Macron is closing EU's door to Serbia" 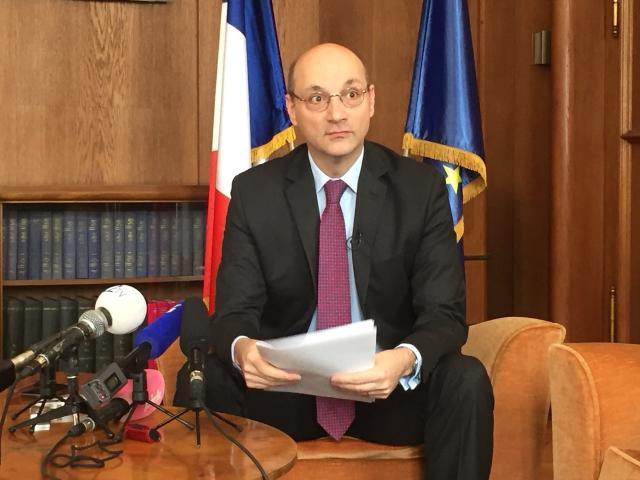 Macron told the European parliament on Tuesday that he will "only support an enlargement when there is first a deepening and a reform of our Europe."

Speaking on Wednesday, Mondoloni added that he "respects freedom of the press - but the headlines in Politika and Novosti (dailies) are not correct."

He said that France supports the accession of Serbia and the Western Balkans to the European Union without any ambiguity.

"France wants the EU to reform, this is the essence of yesterday's speech. Macron said there should be two parallel lines. The first - connecting the Balkans with Europe and the other - France will strive for (EU's) enlargement simultaneously with its reform," said the ambassador.

Mondoloni added that Macron "wants to launch this initiative because he doesn't want to belong to a generation of people who burying their heads in the sand."

"Europe needs reform. The statement was given in honor of European democracy, a new European sovereignty is necessary," the diplomat added.

He stressed that Serbia's EU membership will be achievable "only if Europe succeeds in reforming itself."

"The interest of both Serbia and the EU is that it enters a reformed Union. The rules in the EU should evolve so that Serbia can enter into such a reformed EU," he said.

Asked whether Paris will vote in June to open additional chapters in Serbia's EU accession negotiations, the ambassador said that France "welcomes the efforts of the Serbian government."

"We think that what has been done is very important. We want to and will support the opening of as many chapters as possible in June," Mondoloni added.