French FM: We intervened because of Djuric's arrest 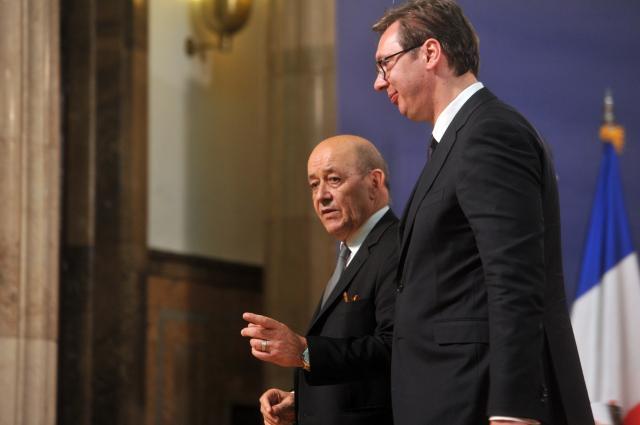 After the meeting, Vucic and Le Drian addressed the media.

They said they agreed that a "frozen conflict" was not a good solution for Kosovo, and that the issue should be solved.

The French minister said that the Brussels agreement needed to be carried out, and that the agreement acknowledged both sides. He said that economic cooperation, including big French companies doing business in Serbia, encouraged trust between Serbia and France.

The Serbian president said that Serbia and France were true friends, and that France was one of the biggest investors in Serbia, as its companies employed 11,000 people.

Last year, the trade volume was nearly one billion euros, and it rose by eight percent in the first two months of this year, Vucic said, adding that Serbia was hoping for a much higher increase.

The head of French diplomacy was welcomed earlier in the day at Belgrade's Nikola Tesla Airport by Serbian Minister of Foreign Affairs Ivica Dacic, with whom he had a separate meeting.

The visit comes as part of preparations for the arrival of French President Emmanuel Macron later in the year.