Serbia wants all its warrants back in Interpol's system

Serbia demands that persons who have been put on international warrants by Serbian authorities be returned to the Interpol system. 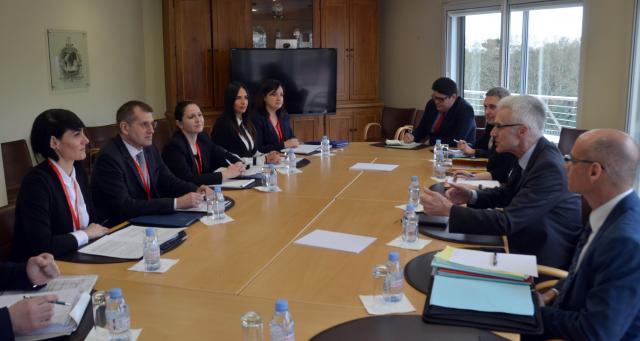 Serbian Police Director Vladimir Rebic said this on Wednesday in Lyon, during a meeting with Interpol officials.

"As the representative of the Ministry of the Interior, I demanded that all persons placed on international warrants by Serbian judicial authorities be unconditionally returned to the Interpol system," Rebic said after separate meetings with Interpol President Meng Hongwei and Interpol Secretary General Jurgen Stock.

"We will talk to all the members of Interpol to convince them that the possible membership so-called Kosovo would not be in the interests of either Serbia or Interpol itself," Rebic added.

The police director emphasized that Serbia insists on its territorial integrity, and is committed to implementing and respecting international law and regulations.

He said that, during the separate meetings, Serbia's commitment to cooperation with Interpol was highlighted.

"Given the current level of cooperation and the results achieved in the exchange of operational data with other members of Interpol, it is clear that the Serbian police is a reliable and respectable partner to all police force worldwide," Rebic said.

The police director led the delegation of the government of Serbia, composed of representatives of the Ministry of Internal Affairs, the Ministry of Foreign Affairs, and the Office for Kosovo and Metohija.