Kosovo Assembly president told he "will be Serbian citizen"

Marko Djuric said on Thursday that Kosovo will never be a state, nor will Presevo ever be a part of it. 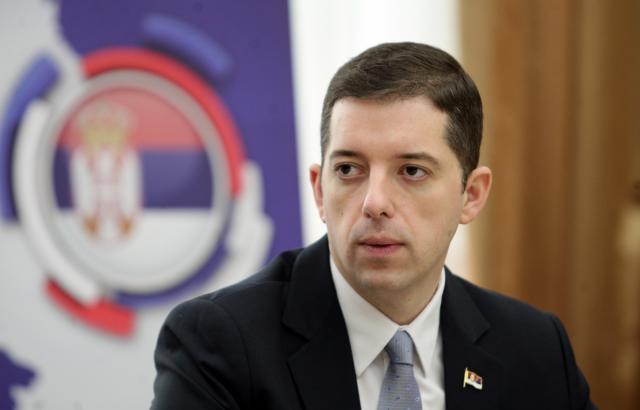 The head of the Serbian Government Office for Kosovo and Metohija in this way reacted to a statement made earlier in the day by Kosovo Assembly President Kadri Veseli.

"Let Kadri Veseli not rejoice because Kosovo and Metohija will never be a state, nor will Presevo, Medvedja, or Nis ever be a part of the so-called 'Republic of Kosovo'. But Pristina is and will remain a part of Serbia, and he will be a Serbian citizen," Djuric said in a written statement quoted by Beta agency.

Kosovo-based media said earlier on Thursday that Veseli "spoke for the first time about exchange of territory with Serbia."

He said that Pristina was "ready to take Presevo and Medvedja" - towns in central Serbia close to the administrative line with Kosovo, that have ethnic Albanian communities - but that Pristina "has nothing to offer to Belgrade."

"I'd like nothing better than Presevo and Medvedja to join Kosovo. We will accept a bilateral agreement, if Serbia accepts it, but we have nothing to give. Opening up (the issue) of borders in the Balkans always means war, this is what I want to say, and I am being direct - there is no other possibility of changing the borders," said Veseli.

In his reaction, Djuric said that Veseli was "free to wish for Neverland, too, to become a part of the self-proclaimed Kosovo" - but that such a wish would not be realistic, "just as his dreams about Presevo, Medvedja, Nis, or the so-called Greater Albania are not realistic."

"Kadri Veseli, who is known to like making threats of war and territory grabs, should know it is not wise to make threats of violence, especially against someone stronger than yourself. The time of dialogue has come, where problems are not solved by insidious ambush attacks - something that he, as a former commander of the terrorist KLA ('Kosovo Liberation Army') finds difficult to understand - but there will be time, too, for facing reality," Djuric concluded.