"A reshuffle is necessary for the government to function as a team, and I want it to start and end as soon as possible," says Prime Minister Ana Brnabic. 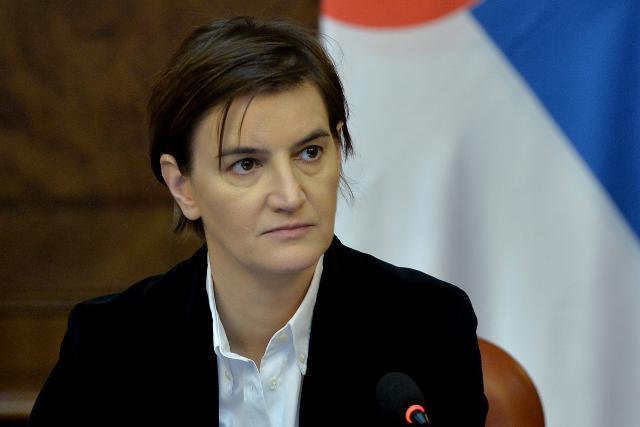 Brnabic said on Tuesday that this reconstruction of her cabinet was necessary in order "not endanger its efficient functioning."

That is why, she said, she asked Serbian President Aleksandar Vucic to meet as soon as possible after his return from Brussels to consult with him on "personnel solutions."

Brnabic told journalist that she thinks there are those in the government who are "overly frustrated," who are "not team players," and who engage in self-promotion.

According to the prime minister, "the government is here only because of the citizens, and they should not worry about who likes or dislikes whom in the government, and who is fighting with whom."

Asked who she had in mind, Brnabic replied that she had "said enough," and that her first criterion when selecting members of the government was to have "team players who subordinate everything to the common goal."

Earlier in the day, Brnabic told Tanjug that the government will function as a team - "without egos and promotion of personal agendas." Otherwise, the prime minister, she "does not have to be the head of the government."