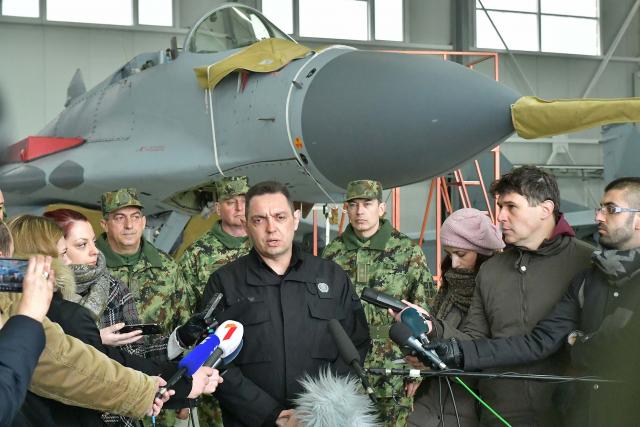 Vulin is seen at Batajnica on Monday (Serbian MoD)

This will come as part of a military-technical agreement reached between the presidents of the Russian Federation and the Republic of Serbia, Vulin said.

He spoke while visiting the Batajnica military airport near Belgrade, where works are underway to overhaul and upgrade MiG-29 jets donated by Russia last year.

The minister also attended a handover ceremony for Lasta training aircraft, that on Monday entered service of the Serbian Air Force and Air Defense (RV PVO).