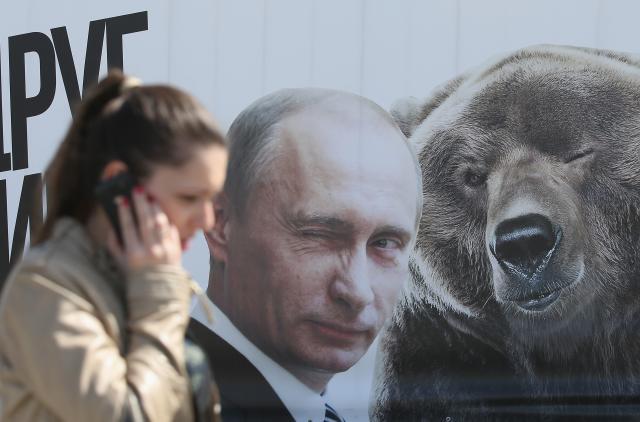 "This is an unprecedented result, even those who know Russian politics are surprised. The Russians voted in the election in a sovereign manner - they want a strong state, a strong president, they do not want anybody from the outside to lecture them, they want a strong economy... all that Putin has accomplished," Popovic told Prva TV.

In his first address after the results were announced, Putin hinted at possible problems in the Russian government. Popovic pointed out that there would certainly be some changes, and that Putin is "known for making some unpredictable problems."

"He will work on increasing the strengthening of the economy, on the living standard, social support for the elderly, the demographic policy, as well as to strengthening defense and youth care," Popovic said.

Asked what this means for Serbia, Popovic said Russia and Putin would continue their support.

"This is especially important now that there is a desire to form a Kosovo army. Putin will not allow this, he will respect (UN) Resolution 1244. Otherwise, last night I spoke with my friends from Russia about the results, everyone was thrilled that the first message of congratulations came from President Vucic and Serbia," said Popovic.

According to the preliminary results of the presidential elections in Russia held on Sunday, Vladimir Putin won 76.65 percent of the vote - more than any candidate before him, including himself in previous elections. This will be Putin's fourth term in office.

In his message congratulating Putin, Aleksandar Vucic said that Serbia is "a true friend and reliable partner of Russia."

"You can rely on our contribution to the deepening of cooperation, as well as to our commitment to joint projects. I am confident that, with mutual understanding, we will create better conditions for generations to come," the Serbian president said.

"I am very grateful for your personal contribution to strengthening the traditional and genuine friendship of our two countries, as well as defending the state interests of Serbia, which is reflected in the support in the United Nations, as well as in all other international organizations where Serbia is protecting its integrity, reputation and its freedom-loving tradition," Vucic said, and concluded:

"I wish you, along with success in performing your responsible duty, good health and happiness in your personal life. I hope, my dear friend, that in the new presidential mandate, you will honor us and visit Serbia again, because every encounter with you is an opportunity for valuable exchange of opinions and wise advice," Vucic said in his message to Putin, published on the Serbian president's website.