The decision of the so-called Kosovo government not to implement an agreement on the ZSO is in fact Pristina's decision to abandon the Brussels dialogue. 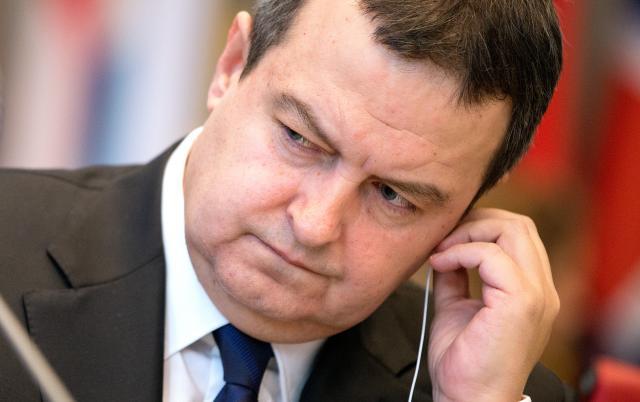 Serbian First Deputy PM and Foreign Minister Ivica Dacic told this to Russia's Sputnik on Thursday, referring to the Community of Serb Municipalities (ZSO) in Kosovo.

Dacic warned that the entire negotiation process between Belgrade and Pristina "could now return to zero."

"If Albanian leaders unscrupulously and without any sanction refuse to implement the essential part of the (Brussels) agreement that we've reached, Belgrade can now consider putting out of effect all the agreements that we have reached in Brussels," he said.

Due to the possible breakdown of the multi-year negotiation process, the head of Serbian diplomacy was also addressing the international community:

"We call on the European Union and the United States to urgently influence Pristina to fulfill its obligations assumed from the Brussels Agreement as there is the greatest danger to date that the negotiation process might definitely end. Belgrade would have absolutely no responsibility for that," Dacic concluded.

Kosovo's interim institutions in Pristina on Wednesday rejected an agreement on the start of the drafting of the statute for ZSO's establishment, which was reached at a recent meeting in Brussels, in the presence of senior EU officials.

The Kosovo government also concluded on Wednesday that "no Pristina official has the mandate to make decisions outside the constitutional framework."