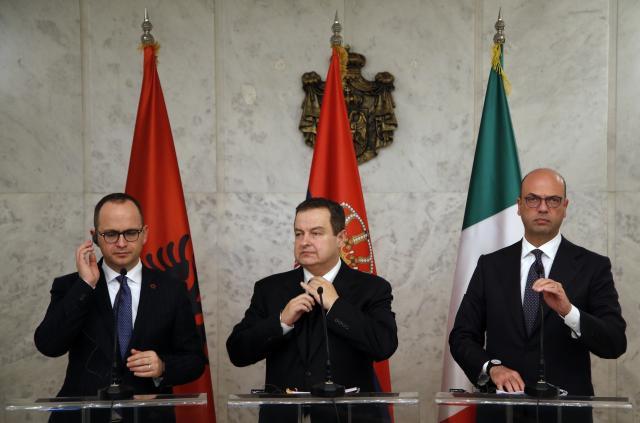 He called on the authorities in Pristina, but also on all regional countries, to show restraint when it comes to those issues on which they disagree with Belgrade.

Speaking during a joint news conference in Belgrade with Albanian and Italian foreign ministers, Ditmir Bushati and Angelino Alfano, Dacic said that "everyone should be doing their job," and added that he was convinced "the process with Kosovo" was not over.

Reacting to Kosovo Foreign Minister Behgjet Pacolli, who said Dacic has a budget of USD 300 million at his disposal, and is "offering arms lobbying against Kosovo's independence," the minister said he "wished this was true," and then added, speaking ironically, "Yes, we're offering atomic bombs."

Asked to comment on Albanian PM Edi Rama's statement that Kosovo and Albania should have one president, Dacic said he was unable to act as "interpreter of thoughts" of other politicians.