Serbia and Russia have expressed their readiness during Sergei Lavrov's visit to Belgrade to further develop the Russian-Serbian Humanitarian Center in Nis. 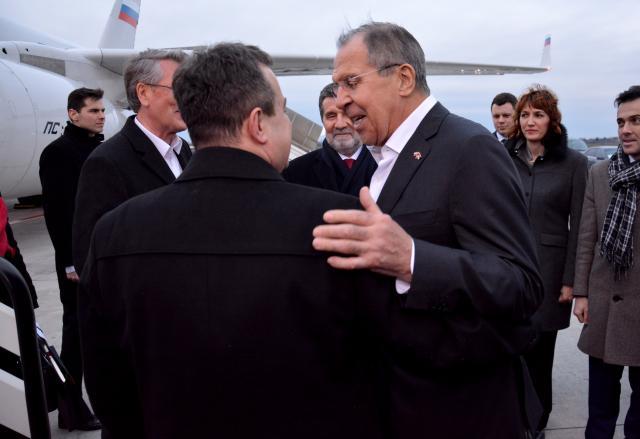 Beta agency reported this on Friday, citing a statement by the Russian Ministry of Foreign Affairs.

"The sides expressed their readiness to jointly promote further development of the Russian-Serbian Humanitarian Center in Nis, which makes a significant contribution to the elimination of the consequences of natural disasters, and the training of relevant specialists in Serbia and other countries of the Balkan region. The interest of Belgrade in continued Russian assistance to humanitarian demining in Serbian territory was underscored," the statement said.

It added that Russia and Serbia approach resolving the Kosovo problem from joint positions, and that the issue can be resolved solely on the basis of international law and UN Security Council Resolution 1244.

According to the statement, during Lavrov's meetings in Belgrade, the need was stressed for Pristina to fulfill its obligations in establishing the Community of Serb Municipalities without delay, in accordance with agreements reached with EU's cooperation - which should conscientiously fulfill its role as mediators in the dialogue.

The Russian ministry said that during the visit, a common orientation was confirmed toward continuous strengthening of cooperation in a wide spectrum.

"High intensity of contacts at the highest and high level, systematic mutual cooperation between foreign policy and others departments, secures a high degree of mutual understanding and efficient coordination of work, accelerated realization of large joint projects, primarily in the field of energy and infrastructure," the statement said.

The increase in trade turnover in 2017, the increase in the volume of Russian investments in Serbia, the availability of good prospects in the field of high technology and industrial cooperation were noted, and the high results of the work of the Intergovernmental Russian-Serbian Committee on Trade, Economic and Scientific and Technical Cooperation.

The website of the Russian MFA also published Lavrov's statement made before departing Belgrade on Thursday, when he said he "liked everything."

"Ivica (Dacic) and the entire Serbian leadership have done the impossible. I cannot remember such an emotional, official in every sense, good and brotherly reception. I think we celebrated 180 years of our diplomatic relations in the best way," Lavrov told reporters.