Foreign Minister Ivica Dacic announced on Saturday that Burundi had revoked its recognition of Kosovo. 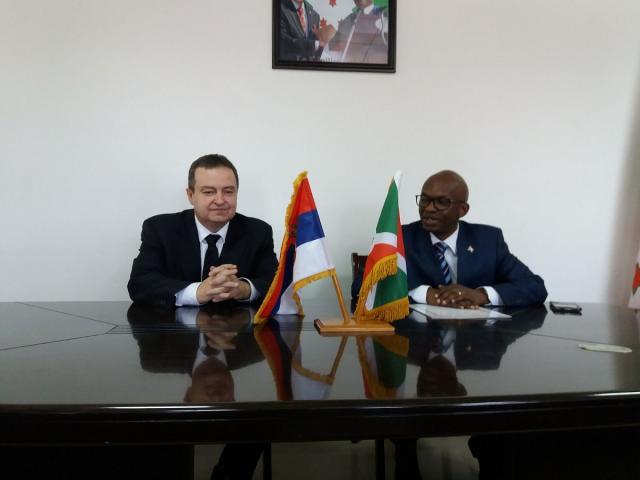 Dacic was in this African country on Thursday.

"These days the tenth anniversary is marked in Pristina of the unilateral proclamation of Kosovo's independence. I wish to make my contribution. I brought with me a note from Burundi's Foreign Ministry, revoking the recognition of Kosovo," Dacic told an unscheduled news conference in Belgrade.

Dacic said he demonstrated in this way how fragile Kosovo's independence is and how false the list of 116 countries (that recognized Kosovo) is, which Pristina is presenting to its citizens.

"I'm inviting them to show the papers for all 116 countries. There are countries on that list that haven't recognized Kosovo at all," Dacic said, adding that the issue of Kosovo cannot be solved without an agreement with Serbia.

The minister also said he would continue the fight for Serbia's state and national interests.

"We are not a big power, but we are certainly bigger than Kosovo," said Dacic.