Foreign Minister Ivica Dacic says it is "absolutely counterproductive that some foreign ministers are sending arrogant messages to Belgrade." 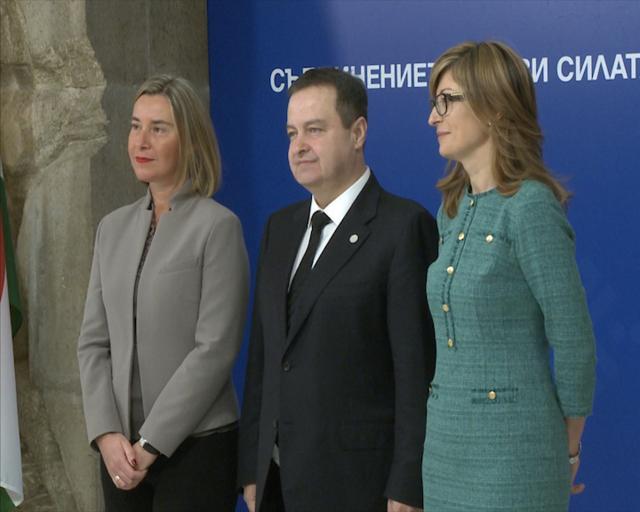 Dacic, who is taking part in an informal meeting of EU and candidate countries' foreign ministers in Sofia, Bulgaria, noted on Friday that when it comes to bilateral disputes, EU's stance is "not to import instability, and to find solutions before accession."

The Serbian official, however, observed that this is a rule has not been respected so far.

"There is a big border dispute between Slovenia and Croatia. How come this rule was not respected then?," Dacic asked, adding that, "on the other hand, he would ask all his colleagues to respect the common position of the EU."

"It is absolutely counterproductive for some foreign ministers to be sending arrogant messages to Belgrade, that (Serbia) must recognize the unilaterally proclaimed independence of Kosovo," Dacic stressed.

"I would like to remind you that this was a unilateral act, and that Serbia is ready to have dialogue in order to find a lasting solution - but that is what you in the EU do not want to hear, bearing in mind the importance of Kosovo for Serbia," the minister said, and continued:

"Do not insult or humiliate us. We are in favor of reaching agreement, but agreement means respecting the interests of both sides. We will, as before, continue to advocate for a lasting solution in order to achieve peace and stability in the region."

He thanked Bulgaria, as the current EU chair and Serbia's "neighboring and friendly country," for organizing the meeting - but also for "its great efforts to make EU's enlargement to the Western Balkans once again one of the central topics."

Commenting on EU's recently unveiled enlargement strategy, Dacic said that this document has "multiple significance for Serbia - it confirms that the EU recognizes the enlargement to the Western Balkans as an achievable goal in the near future, recognizes Serbia and Montenegro as the countries that are most advanced in this process and gives a framework within which the process will move in the coming years."

"We are aware that, within the EU, there have been opinions that giving timeframes would be counterproductive, but I do not agree with that," he said.

"There is no better motivation for political leaders, the administration and citizens of a country than defined timeframes for ending one strategic process, to which we are all deeply committed," said the minister.