Vucic to Croatian journalists: You won't see me humble

Serbian Presdent Aleksandar Vucic said on Tuesday, during an exchange with Croatian journalists,that they would "never see him humble." 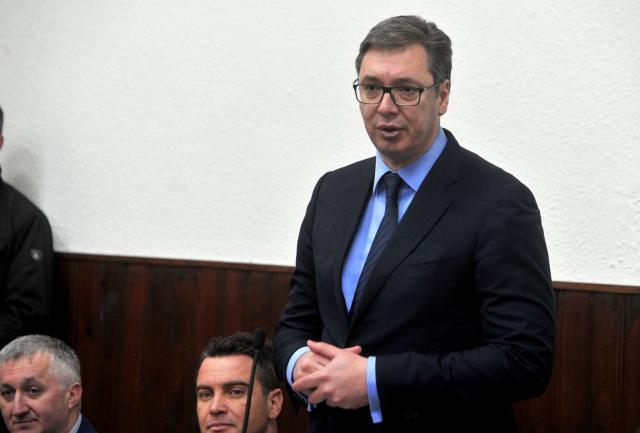 At a press conference held after Vucic spoke with the Serbs in Vrginmost, Croatian journalists insisted on asking "whether he would apologize for the speech he made at a gathering in Glina in 1995."

Namely, Vucic at the time "promised to that the Serb Krajina and Glina will never be Croatia, and that the Ustasha rule will never be able to arrive there."

Vucic today first replied that this was a question he had been asked several times since arriving in Croatia on Monday, and then added:

"The measure of your support and respect is directly proportional to the degree of humility you expect from someone who has come. But you will never see that kind of humility and fear from me, or the need to ingratiate myself to you."

"And today I have been hearing the worst things about myself, and untruths. But I will not respond," he said.

Vucic reiterated what he said after the with Croatian President Kolinda Grabar-Kitarovic on Monday: that Serbia and Croatia "have completely different views on what happened 23 and 28 years ago, but that does not mean we should not talk."