A disgruntled citizen on Friday in Nis threw leaflets and shouted "killers," and, "Kosovo is Serbia," during an address by the US ambassador. 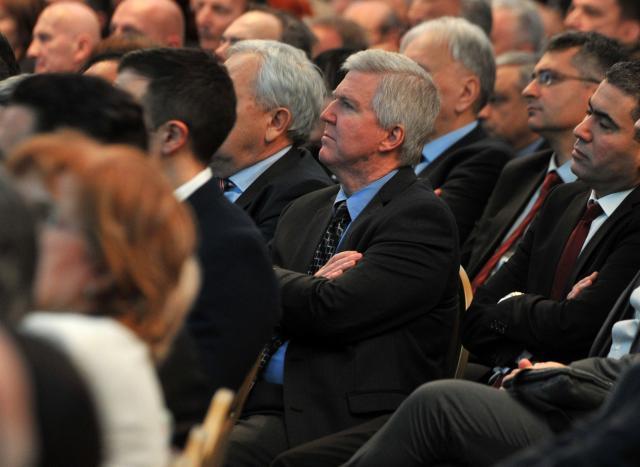 The leaflets read, "No to NATO (membership)," and were distributed by the protester from the balcony during Kyle Scott's speech at an event held at the Faculty of Electrical Engineering in this southern Serbian town.

The citizen was escorted out of the room by the police.

Scott's speech was dedicated to "the misunderstandings of the US policy in Serbia," and the diplomat toured the Faculty earlier in the day, Beta said in its report.

The local website Juzne Novosti said that despite the heckling and "the thrown material," Scott "continued his presentation almost unimpeded."

He said that "some tabloids in Serbia" are publishing "untrue myths about America" - and that these have become "so many" that the Serbian people "started to believe them."

"If you were to read the tabloids every day, you'd think that America only wants to harm Serbia, that America is an enemy of Serbia, that it wants chaos in Serbia and a war in the Balkans. That's all just nonsense," Scott said.

The ambassador added that the US policy was "based on Serbia being a stable and strong state that contributes to the entire region's stability."