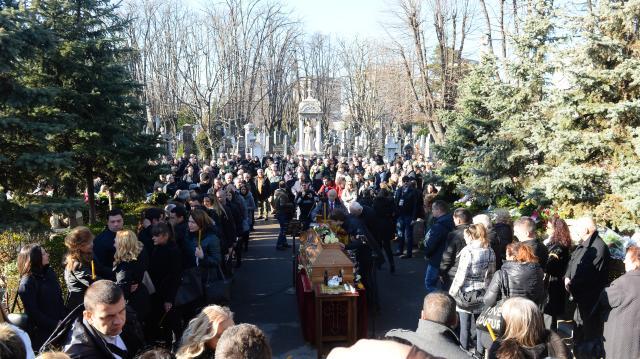 Serbian Orthodox Bishop Teodosije led the funeral service and said that Ivanovic was respected in Kosovo and in Serbia, but also abroad, and that it "was not rare" for Albanians to also respect him, and that he would be "deeply missed by everyone."