US Senate Cmte. report: Attack on Serbia, Trump, or Putin?

A report prepared for the US Senate Committee on Foreign relations, whose excerpts b92.net published on Thursday, is starting to cause reactions. 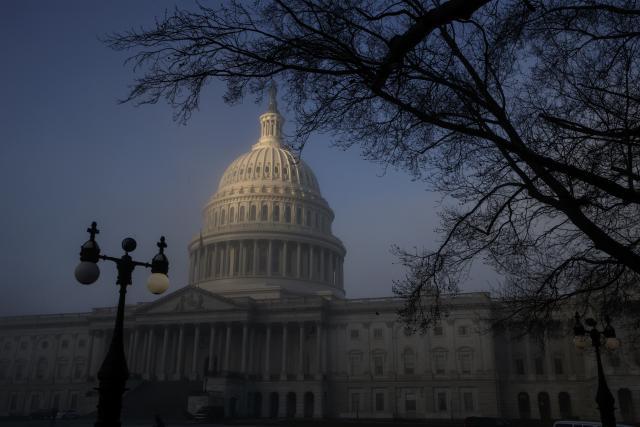 The report, dubbed, "Putin’s asymmetric assault on democracy in Russia and Europe: implications for US national security," dedicates an entire chapter to Serbia.

Former Yugoslav foreign minister Vladislav Jovanovic told Sputnik that the initiative coming from US Democrats is two-sided - with one side facing Serbia, and the other Russia.

Where it concerns Serbia, the document shows that those behind it, and the United States, view Serbia more as an object of desire than a sovereign state that can take care of its own interests independently, and decide which side, when, and to what degree, is exerting "some whimsical malign influence," Jovanovic said.

As for Russia, he continued, its influence in Serbia measured against that of America and its allies and organizations, is about 1 to 100.

"The dominant influence of America and the western countries in Serbia, compared to Russia, is too huge. This is seen also in the meddling in (Serbia's) electoral processes. Let's recall that until 2000, America and western countries openly interfered in electoral processes financially, politically, with propaganda, information, and even boasted about it. Never mind other forms of meddling that continued later," Jovanovic said.

"As for other forms of their presence, it is especially expressed in the often unfiltered statements made about Serbia, where open attempts to influence Serbia's foreign policy manifest themselves. As for the number of NGOs, there, too, the so-called pro-western NGOs hugely overpower the likely small, even negligible number of the Russian ones," he said.

Referring to the report as "that initiative," Jovanovic described is as less a reflection of a sincere desire to repair America's presence and influence, and more a move aimed at tying Serbia's hands, and if at all possible, completely driving out any form of Russia's influence from Serbia, and with that, from the Balkans.

Political scientist Dmitry Evstafiev, who specializes in the US and Canada, thinks the report's appearance signals a new sharpening of the internal political struggle in the US. It is crystal clear, he thinks, that the Trump administration has failed to defeat the Democratic Party in the information war, i.e., that the Democrats are using all available resources and possibilities to accuse the president of allegedly betraying America's interests internationally.

According to the report, Russia's malign influence in Serbia manifests itself "through cultural ties, propaganda, energy sector, and an expanding military cooperation," while, according to US State Department data, the number of NGOs and media with a pro-Russian stance has increased significantly.

Objectively, says Evstafiev, the report reflects a complete change in the balance of power in Europe, and specifically in the Balkans, and this can be seen first in the ways in which various forms of influence are being exerted, for example, through NGOs and media that use new formats.

"The US no longer has that undisputed primacy, and that worries and frightens them terribly. This report reflects what the American elite and establishment are thinking. It's a different matter that everything that's said turns into general anti-Russian hysteria, which is very, very dangerous," he said.

America's foreign policy toward Serbia, Evstafiev continued, was formulated and demonstrated "in great detail" back in 1999 - "when Kosovo was separated" by means of military intervention.