Serbian Army Chief General Ljubisa Dikovic was not issued an American visa back in October, despite the timely submission of an application. 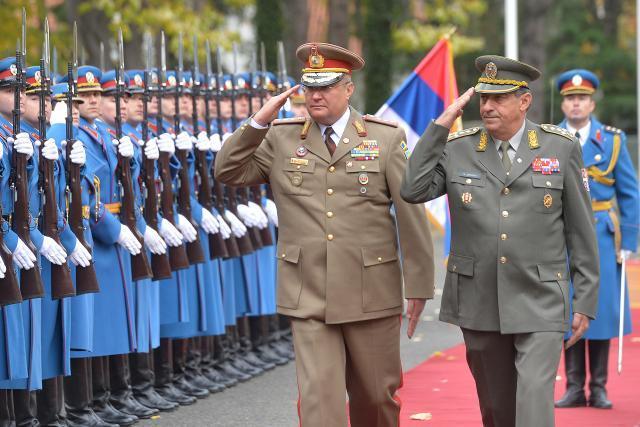 The N1 broadcaster said it was told this by the Ministry of Defense (MoD), which stressed that the American side is expected to provide an official explanation of the reasons, and the current status of the application.

Earlier, the newspaper Danas reported that the US embassy in Belgrade refused to issue a visa to General Dikovic because he attended a Russian-Belarus military exercise in September.

Beta is reporting on Thursday that the Ministry of Defense said Dikovic had been invited by the chairman of the US Joint Chiefs of Staff, Joseph Danford, to participate in a chiefs of staff conference on violent extremism, held in Washington on October 23 and 24.

According to the MoD, this, rather than Dikovic "delivering a lecture at the invitation of the US Department of Defense," was the reason he intended to travel to the US.

The Serbian army chief accepted the invitation, and a regular procedure for obtaining a visa was promptly initiated by the relevant services of the MoD and the Serbian Army (VS), the ministry said, adding that the visa was not granted, and that the Serbian side expected an explanation.

The ministry also stated that Dikovic in the past traveled many times to the United States at the invitation of US state and military officials, especially in the framework of cooperation within the State Partnership Program with the Ohio National Guard and other bilateral military cooperation activities between the armed forces of Serbia and the US.