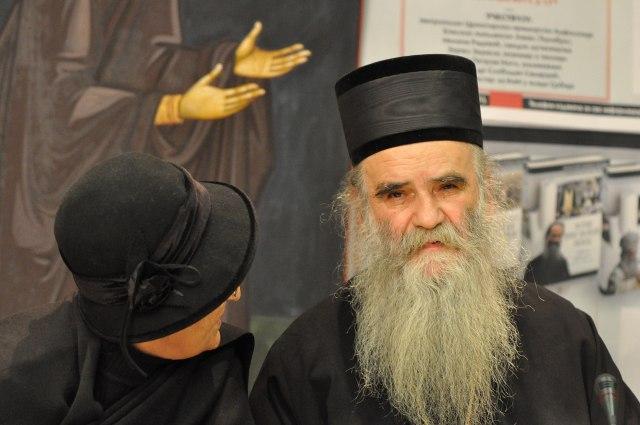 Selakovic in this way reacted to the statement of the top dignitary of the Serbian Orthodox Church (SPC) in Montenegro, who said earlier that he feared that Serbian President Aleksandar Vucic would "hand over KiM (Kosovo and Metohija)."

Amfilohije also said during the weekend that he was afraid the president's policy would lead to "the betrayal of Serbia and Kosovo," and that Vucic has "changed."

The metropolitan made these statements after adding his signature to "The Appeal for the Defense of Kosovo and Metohija" - which he said he signed "due to a lack of trust, and because of the scheming."

"I could talk about the statements of Amfilohije Radovic for hours. What else do you expect from a man who has already twice held funeral service for Vucic," Selakovic told RTS.

This official of the ruling SNS and close associate of the president of Serbia also said that Amfilohije was "not condemning Vucic for something he has done, but is dealing in sorcery."

"He talks about some uncertain things, he is saying something that in no way reflects the spirit of Serbian Orthodoxy," Selakovic said.

He added that it was "symptomatic" who "rushed to inform the Serbian public of Amfilohije's statements" - specifying that it was, above all, "the American N1 television."

Speaking on Monday, Vucic said he would not comment on Amfilohije's statement "before January 14."

On that day, the president explained, he will speak for RTS "about that another accusations made at his expense and at the expense of his team."

Beside Selakovic, those who on Monday did comment on the SPC dignitary's statement to denounce it include cabinet minister Aleksandar Vulin and Zorana Mihajlovic, and Director of the Office for Kosovo and Metohija Marko Djuric.

Beta reported that Metropolitan Amfilohije spoke on Tuesday for the website In4S to say he "hoped President Vucic is not among those ready to renounce history, traditions, and the nation's greatest values."

Amfilohije said he had "nothing personally against Vucic" - and also stressed that he in the past performed a requiem service not for Vucic - but for Ivica Dacic, "and the Assembly at the time."

"Neither myself nor the Church are attacking anyone, instead we are expressing concern about the fate of the most important and most sacred part of the Serb state," Amfilohije said, speaking about Kosovo.

The SPC dignitary also said on Tuesday it was "unacceptable to reach any binding agreements with terrorists who run the occupied Kosovo and Metohija" and assessed that the issue of Kosovo and Metohija is a matter of "the destiny of the nation."

"Mr. Vucic is the president of Serbia and the great responsibility is on his shoulders. However, he has no right to remove this responsibility from himself, something that is now a tendency. Kosovo is a question of all of us, and without the language of the Church, the liberation of Kosovo and Metohija in 1912 would not have happened, we would not have preserve the Pec Patriarchate and the High Decani (monastery)," said Amfilohije.

He added that the acceptance of the Brussels agreement marked "the start of the renouncing of Kosovo and Metohija."

"I hope that Vucic does not belong to those who are willing to give up their history, traditions and the greatest values ​​of their people, as the Dukla-Montenegrin authorities in today's Montenegro have done," Amfilohije said.