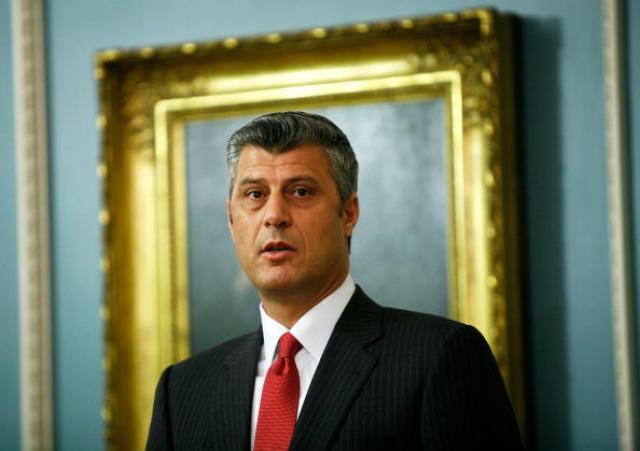 The victims were five members of the Hajra family, who came under automatic weapons fire while traveling in their car near the town of Glogovac in Kosovo, in 2001.

Thaci signed the decree on Friday, pardoning Arben Kiqina and brothers Arsim Ramadani and Burim Ramadani, who were found guilty and sentenced to 30 years in prison each for their crime.

Two other KLA members were found guilty for the murders and sent to prison for 16 and 11 year - Jeton Kiqina and Blerim Kiqina.

Tanjug reported on Saturday, citing BIRN, that only the youngest Hajra child, a girl, survived the attack.

According to a report by the EU rule of law mission in Kosovo, EULEX, Hamza Hajra was a member of the Serbian Interior Ministry and he and his family were targeted in a "revenge attack."

Reacting to Thaci's decision to pardon the convicted killers, Kosovo Albanian publicist Veton Surroi took to Facebook to write that Thaci "may have done this on his own behalf, but not on mine as a citizen of Kosovo."

Naming the children who were gunned down in the attack, Surroi wrote:

"3-year-old Adelina Hajra and 9-year-old Mimoza Hajra were killed on August 20, 2001, in Glogovac. The killers of the girls were today thanked by Hashim Thaci, the acting president of Kosovo."