"Kosovo can only get UN chair through agreement with Serbia"

President Aleksandar Vucic says there is "no chance Kosovo will get a chair in the United Nations, except an agreement with Serbia." 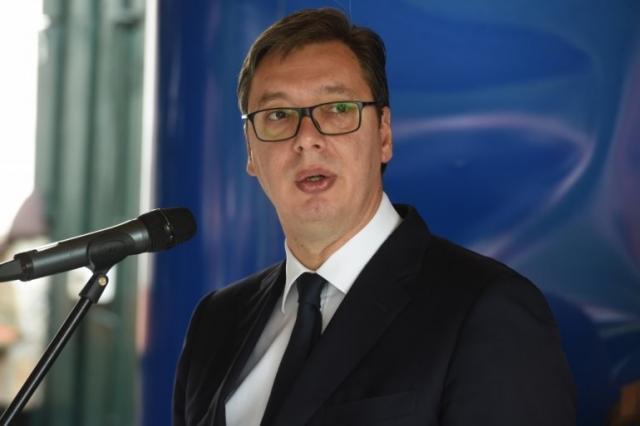 He said that Kosovo cannot get a place in the UN "under such conditions of political polarization and the existence of a multi-polar world."

Vucic also pointed out that "Serbia must have something" out of that agreement - instead of "have nothing and be humiliated."

He was speaking for Happy TV, and when asked by Sonja Biserko what this "something" was, replied that he "does not want to talk about it now, but will do so in March or April."

"And as for those who think it is enough to press Serbia and say - you must accept everything, because (it is) the interest of NATO's southern flank, I tell you I could not care less whose interest that is. It is not Serbia's interest," said Vucic.

Vucic also that Serbia could reach full membership in the EU by 2023, but that he would not rule out the possibility of that happening in 2022 - "if we resolve relations with Pristina, and if it is a condition of all conditions for the European Union for our progress towards it."

"Am I a great optimist on the issue of solving the Kosovo knot?," Vucic asked, and replied that he was "not too much of an optimist."

"Primarily there is no willingness to compromise in Pristina, but also in a large part of the Serb public. We prefer to have mythical projections of the past and we do not like a rational attitude towards Serbia," Vucic said.

He, however, said he would do his best "for us to see rationally what's the most we can get, and lose the least."

"I will do my best, although I will know that it would be the end of my political career," he said.

Vucic added that he would present his position and how he sees the solution to the Kosovo question after hearing all the others who are participating in the dialogue on this issue, and that he expects both the SANU and the civil sector to "declare themselves."

Asked about Serbia's foreign policy position, Vucic said the Balkans was emerging as a key range for the great powers, while the maneuvering space was "very narrow, and has never been smaller."