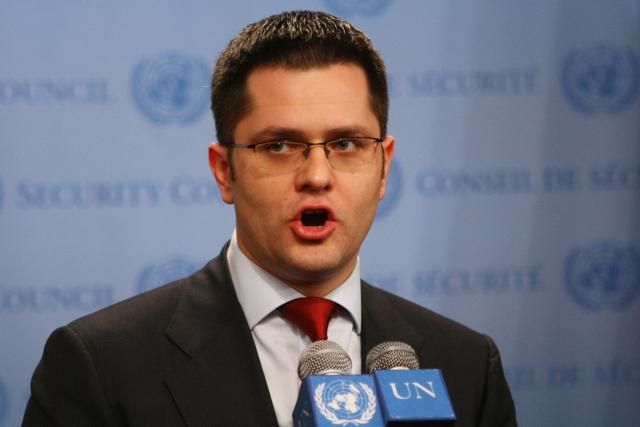 "I was informed from Belgrade that it was decided to change the resolution the evening before the vote, where I had secured a majority for our original text. I was in shock and trying to contact Belgrade," Jeremic, at the time Serbia's foreign minister, who now heads the People's Party, told the Fakti website.

Beta reported this, adding that Belgrade in September 2010 withdrew the original draft one night before the voting, and instead "came out with a compromise solution agreed with the EU."

"Nobody wanted to contact me, or reply to the many dramatic messages I was sending via all available channels. They knew what my opinion was, and it's the same today - that decision was completely wrong," Jeremic told the website.

He added that "many people asked him why he did not resign at that point."

"Those who were supporting us up until that moment were pretty confused - and up until then they communicated only with me. Had I resigned, a significant number of those countries would highly likely have recognized Kosovo in the following days and weeks. That I could not allow," Jeremic said.

Speaking about the decision to ask the International Court of Justice for an advisory opinion through a UN General Assembly resolution, he said it was made by the state organs, instead of "on somebody's personal whim."

"That was done to buy time, because immediately after the (unilateral) declaration of independence, a large number of recognitions of the so-called republic of Kosovo started arriving, under fierce diplomatic pressure from the US and other influential countries. By seeking the advisory opinion, that process was significantly slowed down, and an opportunity arose to use that time for diplomatic activities," he said.

"In our concrete case, a 'catch' was found by means of the court concluding that 'the act of the declaration of independence does not violate international law'. However, at the same time, the court said this was not the way in which statehood can be established, and in that context underlined the key importance of (UN) Resolution 1244," Jeremic said.