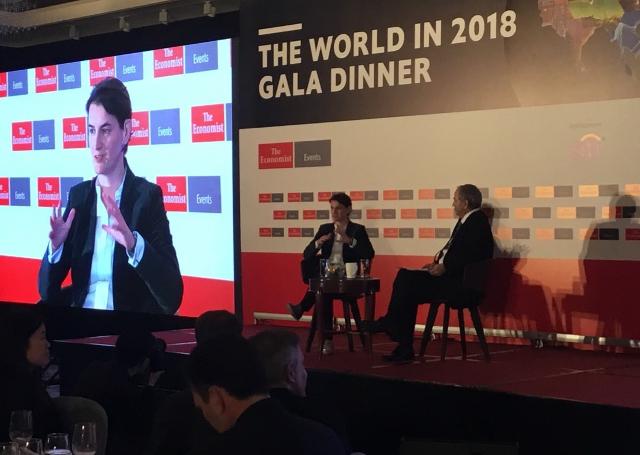 Serbian Prime Minister Ana Brnabic said this in Hong Kong on Thursday, where she is participating in the World in 2018 event organized by the Economist.

Brnabic, who will be one of the speakers at a gala dinner organized by the magazine, "wrote in the guest book that she was honored for having been invited to participate in such an important global event," the Serbian government said on its website.

She" expressed gratitude to the Economist for acknowledging the results of Serbia’s work over the past couple of years."