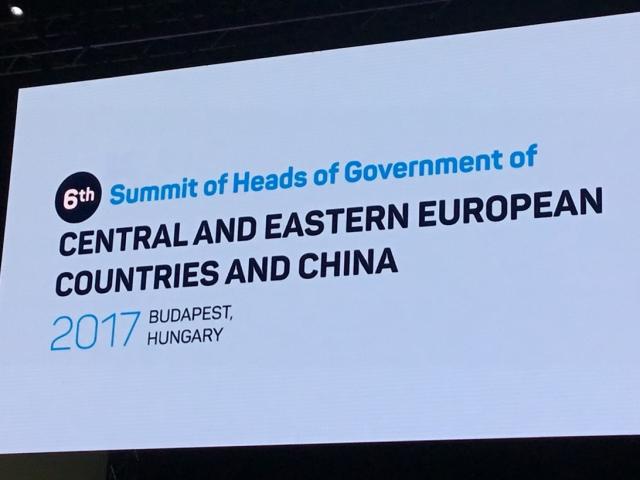 Prime Minister Ana Brnabic said this on Monday, according to remarks published by the Serbian government.

The Prime Minister assessed that it is important that, in the margins of the event, the prime ministers of the countries gather and discuss cooperation in a number of areas.

I am very proud that my country is one of the points where the new Silk Road crosses on the route of the Express sea-land line, where the opening of works on the project of modernization of the Belgrade-Budapest line will be marked in Belgrade, she pointed out.

Brnabic stressed that the trilateral railway modernization project on the Belgrade-Budapest line represents the first cross-border project in this format of cooperation, which is of great importance for Serbia and the countries of the region as a whole.

Serbia is intensively pursuing joint projects in the field of infrastructure, where it remains at the top of the list of countries with the largest number of joint and agreed projects in the region with China, the Prime Minister said.

She underlined that cooperation within the mechanism "16+1" for Serbia is fruitful and stressed the Agreement on visa abolition for citizens of Serbia and China for a period of up to 30 days, as well as the establishment of Hainan Airlines airline on the Belgrade-Beijing route.

Brnabic added that Serbia attaches great importance to improving financial cooperation of China with the countries of central and eastern Europe and that it is proud that the Bank of China branch started operations in Serbia at the beginning of this year, covering Greece, Romania, Bulgaria, Albania and all former Yugoslav republics.

Speaking about the fragile areas of cooperation between China and the countries of Central and Eastern Europe, the Prime Minister outlined the dialogue on higher education China-CEEC and the fourth meeting of the consortium of higher education institutions in Novi Sad, pointing out that investing in better education for young people is a priority since the youth are the pillar the future of each country.

She said that she is proud that Novi Sad represents a new foundation for strengthening academic and intellectual ties between our country and the importance of cultural cooperation in order to better understand and connect countries.

The Prime Minister announced the opening of the Cultural Center of Serbia in Beijing, as well as the Chinese Cultural Center in Belgrade, which was proposed by President of China Xi Jinping during last year's visit to Belgrade.

Cooperation in the format "16+1", as she stated, is very important because the diversity of cooperation and our comparative advantage of each new day provide new opportunities for development.

In order to achieve even greater mutual success, the synergies of the national development strategies of our countries are of great importance, said Brnabic, adding that, in spite of our diversities, we must support each other and encourage each other, because that is the only way we can achieve mutual success.

As part of the plenary session, an agreement to design and build the E-763 highway's Preljina-Pozega section was signed by the Republic of Serbia, the public company JP Putevi Srbije, and China's China Communications Construction Company.

Also, a protocol was signed between the General Directorate for Quality Control, Inspection and Quarantine of China and the Ministry of Agriculture, Forestry and Water Management of Serbia on inspection, quarantine and veterinary sanitary requirements for the export of beef from Serbia to China.

On the sidelines of the Summit during the day, a contract will be signed for the construction of a heating system, Obrenovac-Novi Beograd project between the City of Belgrade PC Belgrade Power Plants and the contractor, the company Power Construction Corporation of China and the Project for the treatment and disposal of urban waste waters from the central parts of Belgrade, between the City of Belgrade and the China Machinery Engineering Corporation.