"Serbia will not recognize Kosovo in order to join EU"

Foreign Minister Ivica Dacic says Serbia will not recognize Kosovo for the sake of joining the EU. 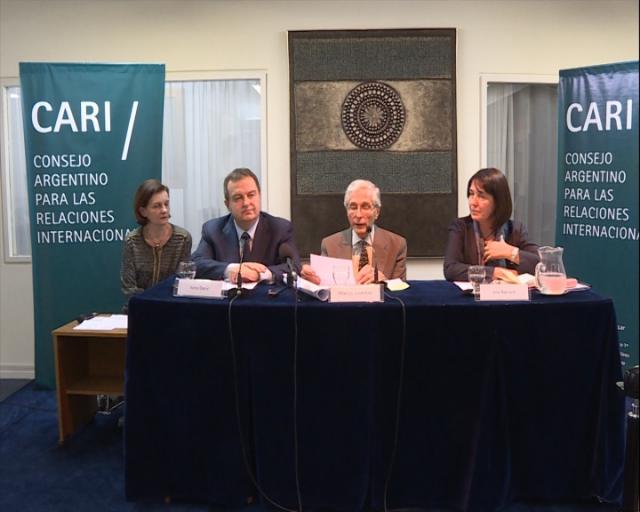 Speaking in Buenos Aires, where he will on Wednesday attend the naming of one of the city's squares after the Republic of Serbia, Dacic added that full membership in the EU is his country's absolute foreign policy priority.

In a speech at the Argentinean Council for International Relations (CARDI), Dacic stressed that Serbia finds the support of Argentina for its efforts to preserve sovereignty and territorial integrity particularly important.

"We want to reach agreement, we want a just and lasting solution, but to have to recognize unilateral acts - never, not even at the cost of failing to join the European Union. We owe a great debt of gratitude to our friends who help us in this regard, in terms of their political support for our position, and I count Argentina among them, as one of the most important partners (of Serbia)," said Dacic.

According to him, relations and cooperation between Serbia and Argentina have been preserved in a difficult period through which Serbia has passed.

"The Republic of Argentina is one of our most important partners not only in Latin America but in the world," Dacic said, addressing the highly renowned institution, where he was awarded the honorary CARI member diploma, and entered the Book of Official Guests.

In his speech on the topic "Foreign Policy of Serbia and Current Challenges", Dacic stressed that Serbia wants to strengthen relations with all Latin American countries, which are its traditional partners and with which it has strong historical ties.

"The countries of Latin America and the Caribbean are our friends," Dacic said, adding that Serbia appreciates their consistency in respecting international law, including the principle of territorial integrity and sovereignty.