"This will have far reaching consequences" - president 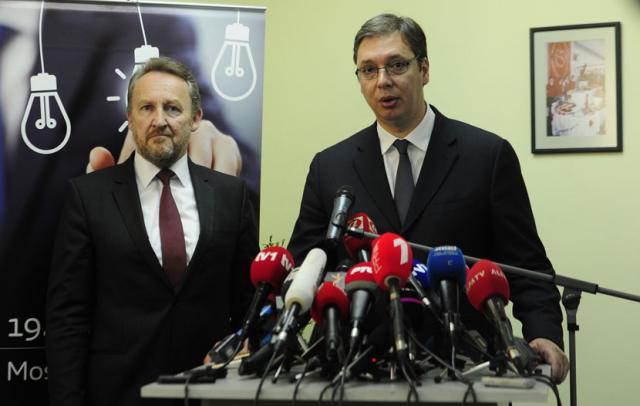 A file photo of Vucic (R) with Izetbegovic (Tanjug)

Vucic assessed that Izetbegovic's statement would have far reaching political and legal consequences.

"That interview complicates a lot of things in the region," Vucic told reporters, and, responding to those seeking to relativize the gravity of Izetbegovic's statement, remarked that he would "end up in the Hague Tribunal" if he said that the Serb Republic (RS) should be recognized as independent.

The president said he thinks Izetbegovic's interview was complex, and will have far reaching political and other consequences, and that Serbia will consider everything seriously, and provide its answer.

"But it must also be clear to us that we must act smartly on our own, because we will not have international community's support," he said, and concluded:

"This is about a statement that is more serious than anyone in Serbia can perceive at this moment."