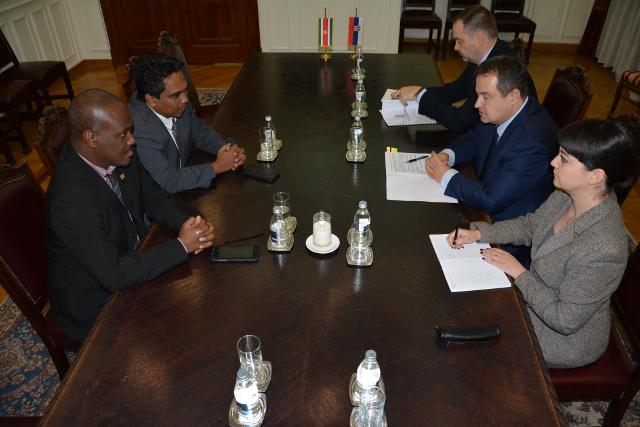 According to the Serbian government, Dacic "conveyed the deep appreciation of Serbia for the decision by Suriname to withdraw its recognition of the unilaterally proclaimed independence of Kosovo."

Dacic "welcomed to the guest and underlined that such a decision is a sign of friendship and will undoubtedly contribute to closer relations and enhancement of cooperation between Serbia and Suriname," a statement said, adding that Noersalim "emphasized that the government of Suriname attaches great importance to the principle of non-interference in internal issues, primarily of friendly countries, such as Serbia."

He also "pointed out that the decision to withdraw recognition of the unilaterally proclaimed independence of Kosovo is principled and that it was adopted after long consultations and with the agreement with the president of Suriname."

Noersalim "agreed that this decision represents a good basis for the development of bilateral cooperation between Serbia and Suriname, especially in the field of the economy."

In this context, the two officials also discussed the initial, concrete forms of cooperation, on which the two countries will work intensively in the coming period, according to the statement, issued by the Serbian Ministry of Foreign Affairs.