All activities of Ukraine's ambassador to Serbia, Oleksandr Aleksandrovych, amount to futile attempts to undermine Serbia's relations with Russia. 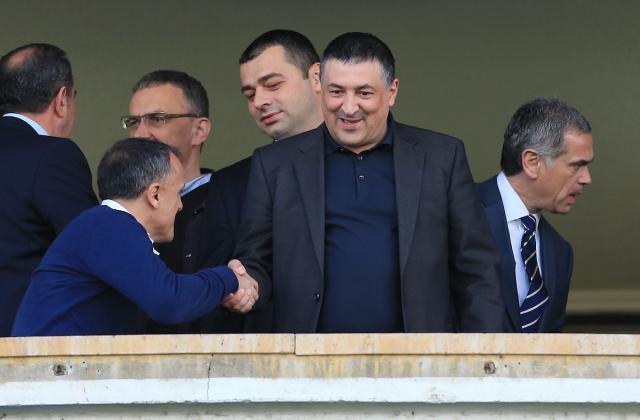 Serbian Ministry of Foreign Affairs (MFA) State Secretary Ivica Toncev said this in a statement issued on Thursday - a day after Aleksandrovych made a number of accusations at Serbia's expense.

Toncev also warned that, if the Ukrainian diplomat continues to act outside the framework of the Vienna Convention, the MFA would be "forced to take steps customary in such cases."

"The fact the Republic of Serbia is leading a balanced, fair, and consistent foreign policy, which is yielding serious results, with constant improvement of the country's reputation and position in the international community, does not seem to suit everyone - so certain ambassadors are encouraged to act in an extremely undiplomatic manner, not to say indecently, toward the host country," Toncev said.

The role of an ambassador, the Serbian official continued, is to do everything to improve bilateral relations, above all political and economic ties, but also all other forms of cooperation - "but Ukraine's ambassador to Serbia seems to be constantly forgetting this, since all his activities amount to futile attempts to undermine Serbia's relations with the Russian Federation."

Toncev then observed that Aleksandrovych's "latest in a series of scandalous interviews" saw him describe Serbia as a country with no independent foreign policy, i.e., one that is "an instrument in Russia's hands that is destabilizing the whole region, and with that destroying Europe."

"He presented his claims, without backing them up with anything, about the Serb factor that is destabilizing Macedonia, about the creation of tensions with Croatia, involvement of Serb extremists in an attempted coup in Montenegro, and he also mentioned separatism in Bosnia-Herzegovina. Of course, he did not miss the opportunity to support the now famous statement of a Western diplomat about 'sitting on two chairs'. Lucky that the interview didn't last longer - otherwise Serbia would likely have also been accused of causing the Second World War, naturally, in cahoots with Moscow," Toncev said.

And "since Ambassador Aleksandrovych constantly politicizes alleged participation of Serb volunteers in armed conflicts in Ukraine's east," the MFA official continued, "I wish to recall that citizens of Ukraine took part in the wars in the former Yugoslavia - something that Serbia never officially criticized Kiev for."

"Given that the repeated objections made by the Ministry of Foreign Affairs of the Republic of Serbia to the Ukrainian ambassador - to devote his energy to the tasks stated in the Vienna Convention on Diplomatic Relations - have had no effect, I would like to appeal to his ministry and the government of Ukraine to point out to him the inadmissibility of further such behavior - so that we are not forced to take steps customary in such cases," Toncev concluded.