Serbia's diplomacy has celebrated as great success Suriname's decision to revoke its recognition of Kosovo as an independent state. 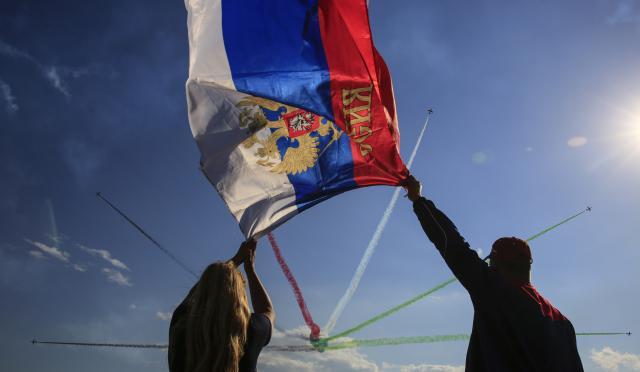 Still - what is the concrete use of a distant, little known country doing this?

Speaking for Prva TV, Serbian and foreign diplomats say the decision is useful - but only if Serbia is ready to fight for a long time.

And how did it come that the letter, announcing the revocation, arrived from the faraway Paramaribo? Veteran diplomat Srecko Djukic told the broadcaster that the road from Suriname leads to Moscow.

"Namely, when that note was sent to our (UN) mission in New York, Suriname's foreign minister was visiting Moscow," said Djukic, who in the past served as Serbia's ambassador abroad.

And what does international law say? Kosovo Foreign Minister Behgjet Pacolli claims that one cannot revoke a recognition - "it's not a thing, nor can states change their minds."

But former Yugoslav Foreign Minister Vladislav Jovanovic responds: "Mr. Pacolli, even America has been known to withdraw a recognition."

"In the formal legal sense, what Pacolli is saying has a basis. Let's recall above all Taiwan, which participated even in the UN Security Council, and when China was recognized, even America and other countries annulled their recognition of Taiwan," said Jovanovic.

But is Suriname's decision a reason for Serbia to celebrate? Even British Professor James Ker-Linsay has no dilemma.

Suriname's decision is important "as there has been a perception that Kosovo's acceptance by the international community is a one way street, so to
speak. Countries recognize it. This is the first time a country has reversed that decision. This is undoubtedly significant," he told b92.net.

However, there are also potential dangers.

"It's possible there will be more such annulments of recognitions, but a completely reverse process, of mass revocations, will not happen. One needs to be realistic. It's even possible that Americans will now pressure all countries (to recognize Kosovo)," said Djukic.

Recognitions coming from small, distant countries that have no interests in Europe are bought openly. And that's no secret. Pristina, even Mr. Pacolli personally, have spent money to acquire recognitions of Nauru, Vanuatu, and some other Pacific Ocean island nations.